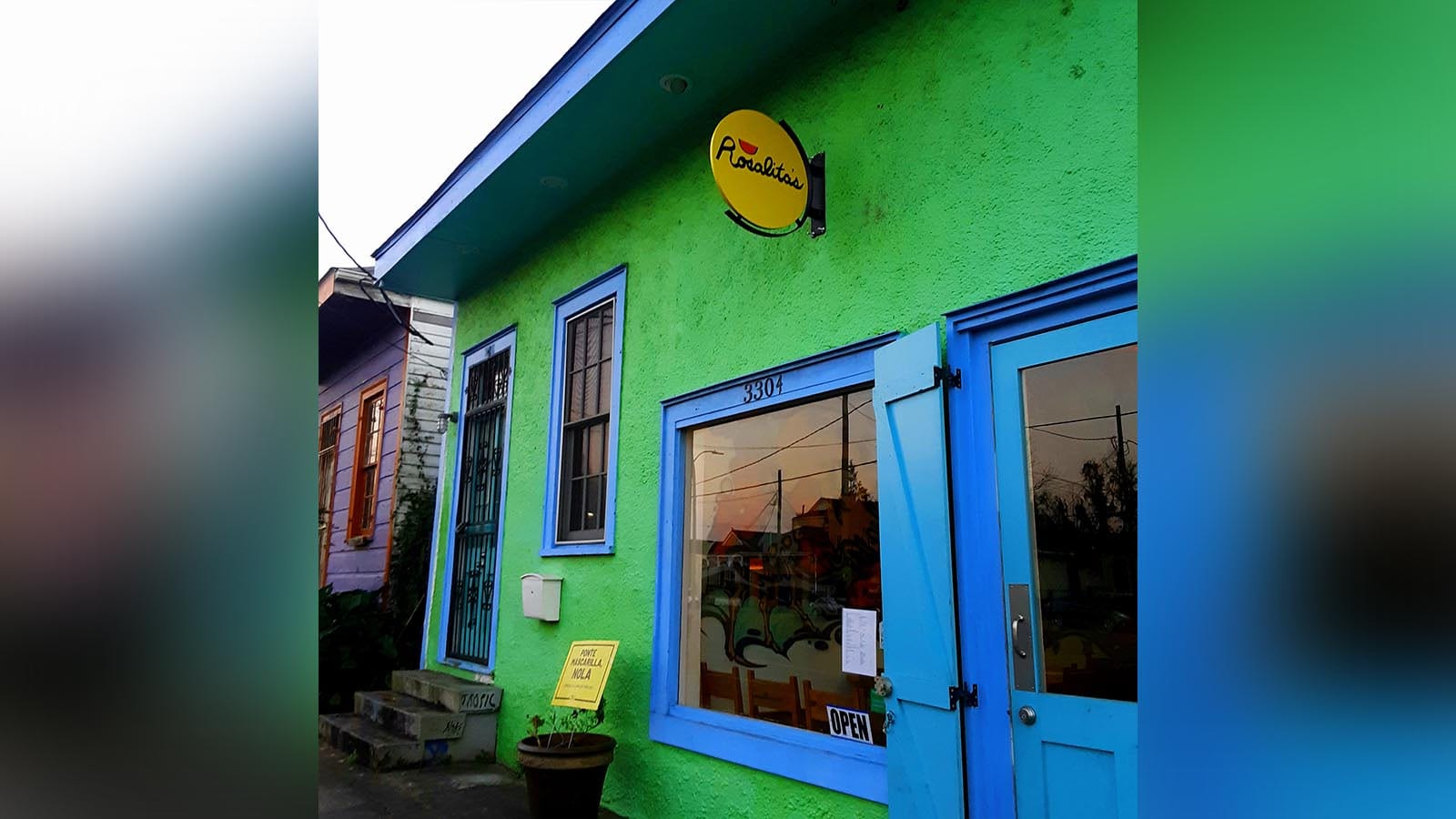 The scent of sizzling meat and fresh tortillas has drawn many customers into the alley early in the evening – the better to get there before the line grows long and the tacos begin selling out. Now fans of the pop-up can rejoice–the operation has moved to 3304 St. Claude Avenue and is open five days a week for lunch and dinner with an expanded menu to match.

Up until a few weeks ago, Bywater residents could be found lining up in the inconspicuous Rosalie Alley between Piety and Desire to purchase Rosalita’s tacos. The scent of sizzling meat and fresh tortillas has drawn many customers into the alley early in the evening – the better to get there before the line grows long and the tacos begin selling out. Now fans of the pop-up can rejoice–the operation has moved to 3304 St. Claude Avenue and is open five days a week for lunch and dinner with an expanded menu to match.

MORE: Rosalita’s: the tucked-away taco spot in the Bywater you should try

In 2006, Casebonne and Scnoebelen opened their first restaurant, Iris, then their second restaurant Mariza in 2013. Mariza closed in 2018; the location is now Bywater American Bistro.

After selling Mariza, the couple decided to“take a load off and just see what was going on,” says Casebonne, and they began selling tacos “just here and there” from their backyard. However, they quickly built a loyal following, boosted by some bright fliers and word-of-mouth.

“It caught on with our neighbors, and we got to know a lot of our neighbors, which was really cool,” says Casebonne. She and Scnoebelen had not been looking to move their business from the backyard. However, when the opportunity arose to move to Shake Sugaree’s old spot down the street, they decided it was time to make the transition.

“A labor of love”

Schnoebelen, the chef, hails from San Diego and makes Southern-Californian-style tacos like the ones he grew up eating. Casebonne calls the smoked meats that they prepare “a labor of love.”

For a time during COVID-19, the taco stand experimented with a remote-ordering system, doing pickup only.

“We just couldn’t be as quick,” lamented Casebonne. The restaurant has implemented a COVID friendly system for their St. Claude space–customers order inside, then pick up their orders on the back patio, where there is seating for socially-distant open-air dining, as well as heaters to cuddle up to with your pod.

Margaritas are now on the menu

Rosalita’s regular menu items–spicy chorizo tacos dripping with crimson oil, al pastor that tingles with the acid of the pineapple and a zing of piquant marinade, fried fish tacos, moist and flaky on the inside with a light, fried crunch on the outside, and drizzled with crema– are joined by new additions: pork belly, lengua (it’s really good!) and some new non-taco items: a salad, enchiladas, tamales and empanadas.

Crucially, Rosalita’s also has a spectrum of hot sauces to dress the tacos. The tacos are small, though well-stuffed, so it’s best to get a few if you are hungry. True to form, the tacos are economical as well as tasty ($3-4 each). There’s also dulce de leche ice cream and cinnamon spiced brownies available for dessert if you’re still peckish.

The restaurant is no longer cash only and has a newly minted liquor license, so you can enjoy your taco with a Mexican Coke, a fresh lemonade, or a margarita. There are bottles of Corona, too, if you’re in the mood.

Know before you go: Rosalita’s Tacos