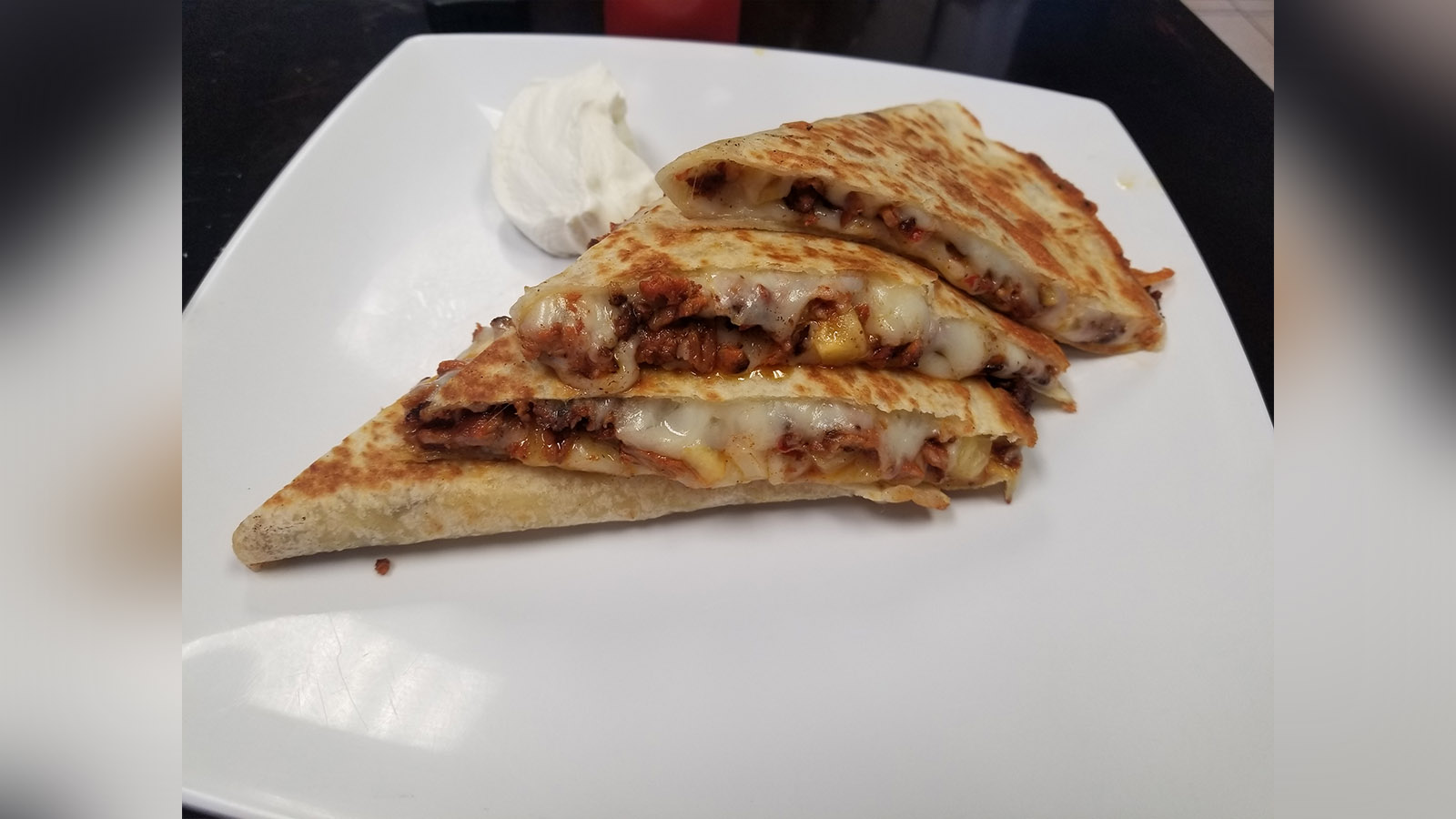 Taqueria 2 Brothers in Terrytown, is all about traditional food, culture, and love. Owners Chef Pablo Reyes and Angelica Becerril opened the restaurant last year on the heels of Hurricane Ida and named the spot in honor of their two sons.

From Oaxaca to New Orleans

Reyes grew up on a farm in Oaxaca, Mexico, where his family grew sugar cane, corn, beans, and more. As a result, he knows good food and what it takes to make a quality meal. After moving to New Orleans in 2005, Reyes started working at fine-dining staple Bayona under the guidance of Chef Susan Spicer. From there, he continued his culinary education at Herbsaint with Chef Donald Link, eventually landing the role of sous chef at Link’s Cochon Butcher.

Becerril is an artist and businesswoman from Mexico City who moved to New Orleans in 2007 and owns a French Market business selling art reflective of her Mexican culture. Sharing Mexican culture and influence is important to Becerril; she opened Taqueria 2 Brothers so that she could share the traditional Mexican food on which she was raised.

“Mexico has a lot of culture, especially Native American culture,” she said. “When I first went to a Mexican restaurant in the United States, it wasn’t traditional at all. There were burritos and chimichangas on the menu; that isn’t traditional Mexican food.”

Reyes and Becerril set out to create a traditional Mexican taqueria that serves food homemade with family recipes.

“Mexico City is very fast and urban, and we wanted to share the tradition of a typical Mexico City taqueria,” Becerril explained. “In Mexico, fresh food is very important, and we want to give our customers that experience.”

The menu at Taqueria 2 Brothers is very traditional. Menu items are served with carnitas, barbacoa, al pastor, steak, shrimp, or chicken. The menu includes Mexican street tacos served on corn tortillas; torta, a sandwich made on bolillo bread with mayo, black beans, cilantro, onion, cheese, lettuce, tomato, and meat; quesadilla made with your choice of meat; and birria tacos.

Specials include flautas and tostadas, and burritos were added to the menu due to customer demand.

“People started coming and asking when we were adding burritos,” Reyes said. “So, I make a mega burrito, and the customers have really enjoyed it.”

Another popular menu item is the birria tacos. Originally a once-a-week special, they are now served daily, made with seasoned and stewed beef in place of typically used goat, and Reyes’ special spices.

When visiting Taqueria 2 Brothers, Reyes and Becerril want customers to feel like a part of the family. Becerril explained that carrying on family traditions through food is important; it’s a way for someone to tell their story. Even the Mexican drinks at Taqueria 2 Brothers are made from family recipes. For example, the restaurant’s horchata recipe is courtesy of Becerril’s grandmother.

Becerril explained that passing the practices of the women in the family and sharing their food with others is her way of keeping her culture alive.

“We want to empower women,” she said. “Pablo’s mother cooked amazing food, and so did my mother; Mexican tradition is to introduce women to the kitchen. The culture and traditions of Mexican food and culture are very much contributed to our women. Mexican culture is rich with the influence of Native American, Spanish, and African culture— it’s all connected. The combination of these cultures is the story we want to share with the world.”

When Taqueria 2 Brothers first opened, there were a few setbacks. The couple purchased the restaurant on August 27, 2021, only two days before Hurricane Ida shut down businesses in the area for weeks.

The restaurant officially opened a month and a half later and with what little money the couple had left after getting the building ready for business, Reyes had the idea to start small.

He said, “I went to Restaurant Depot and bought a piece of pork, a piece of beef, and a bag of chicken. With that, we started making tacos.”

The couple enjoyed two weeks of success when street construction began where the restaurant sits on Holmes Blvd.

“The street was closed for ten months,” Becerril said. “We would put signs out because no one knew we were here or how to get to us. People would call, and we would have to give them directions how to get around all of the construction.”

“There were days we were so slow that we didn’t know how we were going to survive,” Reyes said. “We lost a lot of regular customers because they thought we were closed.”

However, Becerril and Reyes credit their neighbors for helping them survive that difficult period. Area businesses and neighbors came together to spread the word and let people know Taqueria 2 Brothers was open for business. Posts were made in neighborhood groups and shared on Facebook to ensure the restaurant could keep its doors open.

Becerril said, “We are so thankful to the neighborhood and everyone who came together to get the word out that we are still here. It really was a lot of word-of-mouth that kept us going, and we had so many amazing people coming through and showing us love. The way people supported us was incredible, especially considering we serve traditional Mexican food that not everyone is used to. It turned out to be a beautiful thing.”

Now Becerril and Reyes are building a customer base and getting the word out about Taqueria 2 Brothers; they are excited to share their food and culture with their customers.

“The story of where we come from is important,” Becerril said. “Each culture has something important to share and we’re happy to tell our story through our food.”

Taqueria 2 Brothers is open Monday through Saturday, 9 a.m. to 7 p.m.

📺 Tune in for Great Date Ideas!

Did you know you can stream all of the Very Local TV shows for free? Be sure to check out our very New Orleans show My Amazing Cheap Date to watch local couples compete for who can have the best date night for under $50.