In this episode of Eat Play Stay Orlando, we’ll heat things up with a tour of columbian flavors and cool things down with hibachi style ice cream. Explore a multitude of things to do in Ybor City including Chicken Yoga and cigar rolling. And where to bed down for the night.

Anytime is a good time for ice cream, especially at Snobachi. The thing that makes this place special is the world ice cream. Your order is made right in front of you, like a hibachi style type of ice cream that allows you to create your own ice cream or pick one of the signature orders. Dragon Ballz are liquid nitrogen infused treats that create the illusion of you blowing smoke out your mouth and/or nose! How cool (literally and figuratively)?!?

Located right across the street from Snobachi is Columbia Restaurant in Ybor City. Founded in 1905, this staple is now on the fourth and fifth generation of ownership and operation. Six nights a week they feature authentic flamenco dancers. The humble beginnings started with a small corner cafe that served the popular The Cuban sandwich that grew room by room into a 15-room dining room that encompasses a whole city block!

The Columbia Restaurant has been getting their authentic Cuban bread from another family owned business who is also in their fourth and fifth generation of ownership for over 100 years. Today La Segunda Bakery is the largest producer of Cuban bread in America producing about 20,000 loaves a day and all by hand from start to finish. They don’t just offer bread, they also offer sandwiches, cookies and pastries from all around such as Cuban, Spanish, Italian and even some German foods.

PLAY – THINGS TO DO IN YBOR CITY

Cigar City Cider & Mead is named as a reference to Ybor City’s history and heritage.  Mead has been around and was referred by the ancient Greeks as the nectar of the Gods. It can take two months or over a year to make mead, but the cider doesn’t take as long. They have so many different flavors from key lime to apple, just imagine the flavor of pie without the calories.

What to see a Pirate? Head over to Gaspar’s Grotto, a pirate-themed bar and restaurant. Unlike most bars, they also feature a $6.99 wedding package that comes with the ceremony, a tie rental for the groom and the bride and groom get their own shot and beer, music, photographer and flowers!

Need cigars for the bachelor party? J.C. Newman Cigar has got you covered. This is the oldest family owned cigar company and the only traditional cigar factory in the United States. This factory makes 60,000 cigars a day on hand operated cigar machines, which means about 13 million cigars are made a year from the Ybor location.

To learn about the rich history of Ybor head over to the Ybor City Museum. The cigar industry was the beginning of modern Tampa. The industry was what built and kept Ybor alive and thriving. Because of the immigrants, the culture of Ybor is extremely diverse. As such, Ybor City is a national historic district of Tampa. Spend a few hours here to learn the history, you won’t be disappointed.

Which came first, the chicken or the yoga? At Hotel Haya on the last Sunday of the month, yoga instructor Chris Wilkinson holds a yoga chicken class in Ybor City, or is it the other way around? That’s right, domesticated chickens walk around the room as the class does yoga or if they find someone that they like they will just hang out on the mat with them. These classes raise money for wounded chickens, which is a good cause.

Need somewhere to stay? Gram’s Place is the way to go. Tucked away in the Historic Tampa Heights neighborhood of Tampa, Florida, Gram’s Place was established in 1991 by founding owner Mark Holland as a result of his having traveled to Amsterdam. With an artist retreat in mind, it’s a very eclectic and laid back palace where friendships are created. Check out the Crow’s Nest.

Want to find more things to do in Ybor City? Check out the episode of“Eat Play Stay Orlando” on Very Local. Watch all of the episodes of “Eat Play Stay” for free on the Very Local channel. Click here for details on how to get the channel. After transitioning and battling cancer, Madison Wilkins finally feels comfortable in her own skin. Kinga goes to Orlando, Florida to help Madison let her hair down and experience adventure as the woman she’s always longed to be. 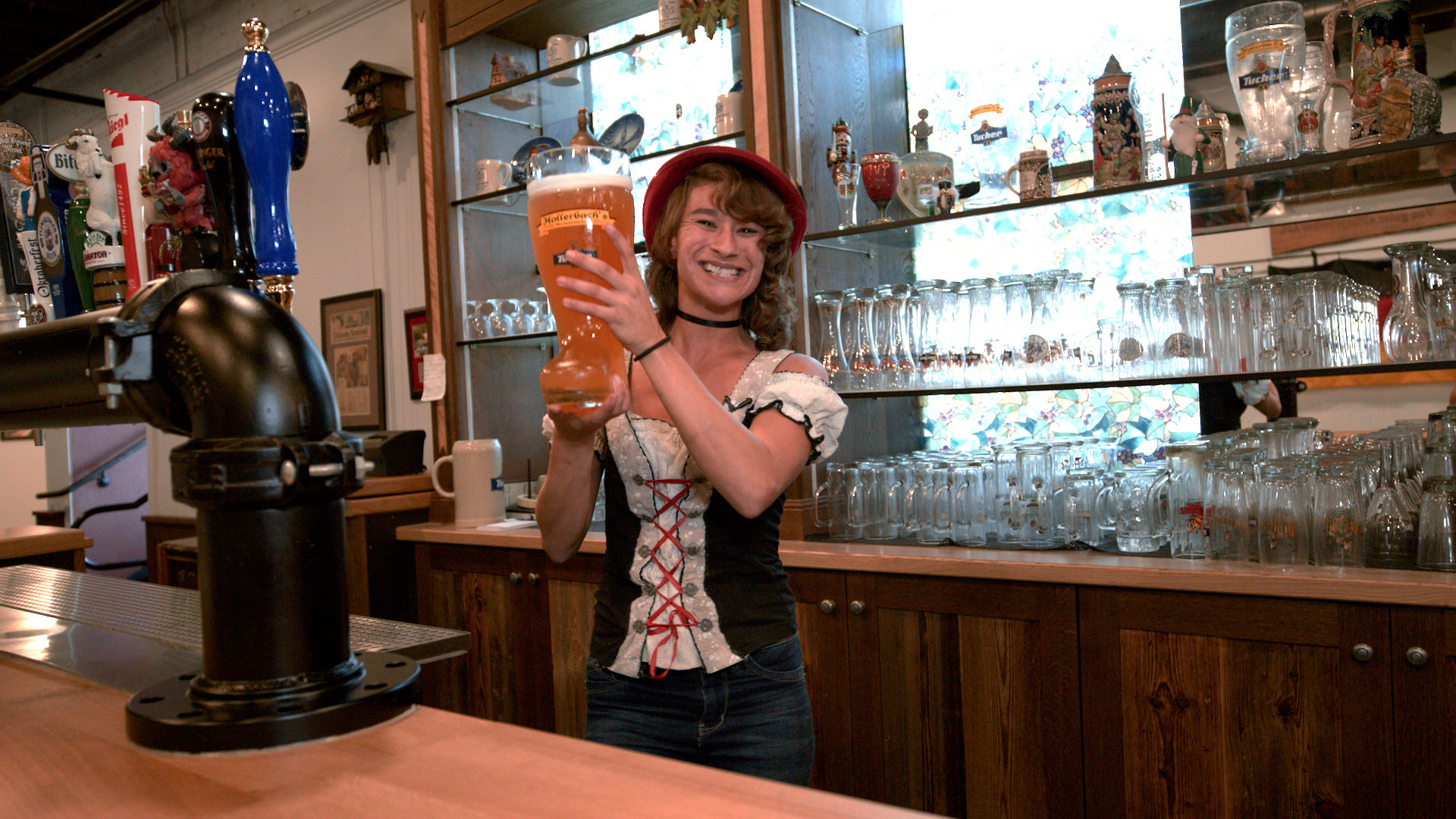