An annotated guide to The Attic Records mural in Millvale

Head to Millvale and take a minute to admire the public art masterpiece on Grant Ave. Refer to this guide for a visual walkthrough of music history.

In 2004, Sandy Kessler took a bunch of vinyl albums from the mud-splattered inside of The Attic Records and got to work.

Hurricane Ivan had unleashed a torrent of sludge through Millvale’s flood plains and destroyed hundreds of thousands of pieces of inventory in the vinyl shop, which had existed since 1980. The storm destroyed two large windows. As part of the rebuilding process, Frank Bohn, which inherited the store from his father, decided to replace it with a mural of imagery from throughout the history of recorded music.

“Me and my dad came up with the idea and [Kessler] just ran with it,” recalls Bohn, still behind the counter most days. The two panels are a walk through 70 years of sound, ordered roughly chronologically. The unmistakable faces of enduring legends — like Elvis Presley, The Beatles and Bob Dylan — stand alongside blues and jazz pioneers from decades long past on one end and ’90s-era hip-hop stars on the other. In the foreground is a hill scape of record labels — the actual stickers — from companies large and small, influential and obscure, plus a few symbols representing key moments in music history (the birth of the CD, the implementation of “parental advisory” stickers). In an area full of murals, it’s one of the most information-packed. Bohn said his record-collecting customer base is fond of taking selfies next to one of their idols. The first panel shows the pre-Beatles history, from the 1920s to the 1950s and the second, the ’60s through the years immediately preceding the mural’s completion. Fans can grumble about omissions. Where are rock pioneers Chuck Berry and Little Richard? How about David Bowie and Nirvana? Among the labels, where is Mo-Town? Or Chess? Or Atlantic? Don’t think of it as a designation for the most influential artists or labels, said Kessler, whose murals dot the Pittsburgh area. (She painted the hockey game in the lobby of the PPG Paints Area and the fish in the frying pan that overlooks the Strip District, among others).

“It was quite spur of the moment,” she says. “We came up with some ideas and then they just have me a [random] pile of records.” Kessler says the grab-it-and-go nature of the mural matches the spirit of record shopping, and who to include was not carefully planned.

Bohn says if he could add one person, it would be bluesman Muddy Waters. Kessler says she would insert the dancing figure of Michael Jackson.

If you’ve ever been curious about any piece of it, here is an annotated guide to The Attic Records mural. For panel 2, we’ll dispense with some of the descriptions and links as many of these mid-to-late 20th century artists are still well known. All photos by Julie Kahlbaugh

Nick Keppler is a Pittsburgh-based freelance writer whose work has has worked for The Financial Times, Men's Health, The Gizmodo Media Group, Reuters, The Atlantic, The Daily Beast, Vice, Slate and others. Following his work at nickkeppler.com. When he’s not on his laptop, he’s probably kayaking on one of the city’s rivers with a Led Zeppelin track blaring through his earbuds. 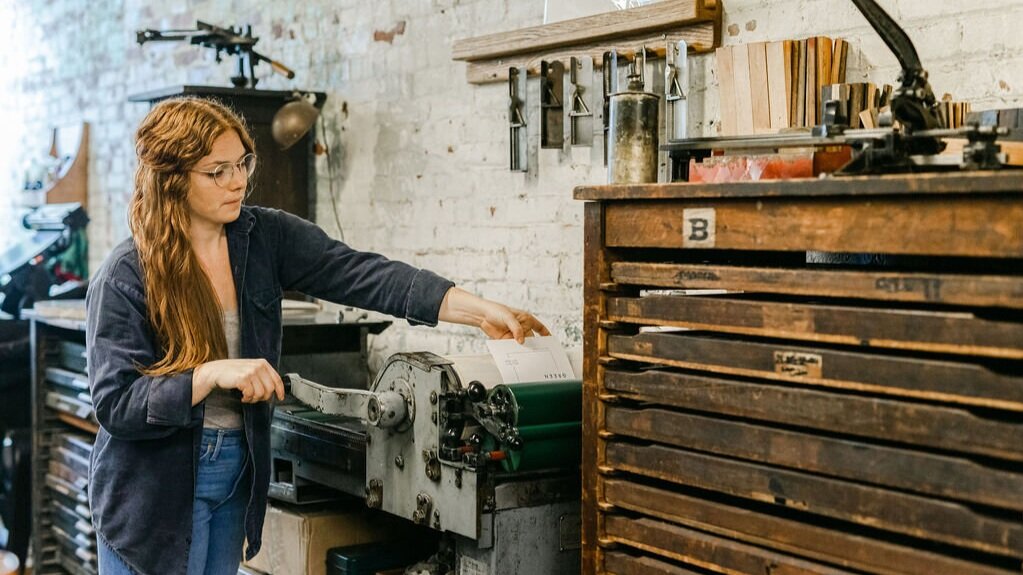 A century-old printing press is the machine used to create beautiful and sustainable items. A guide to locally made gifts in Pittsburgh

Here is a list of places to shop for that special yinzer in your life.