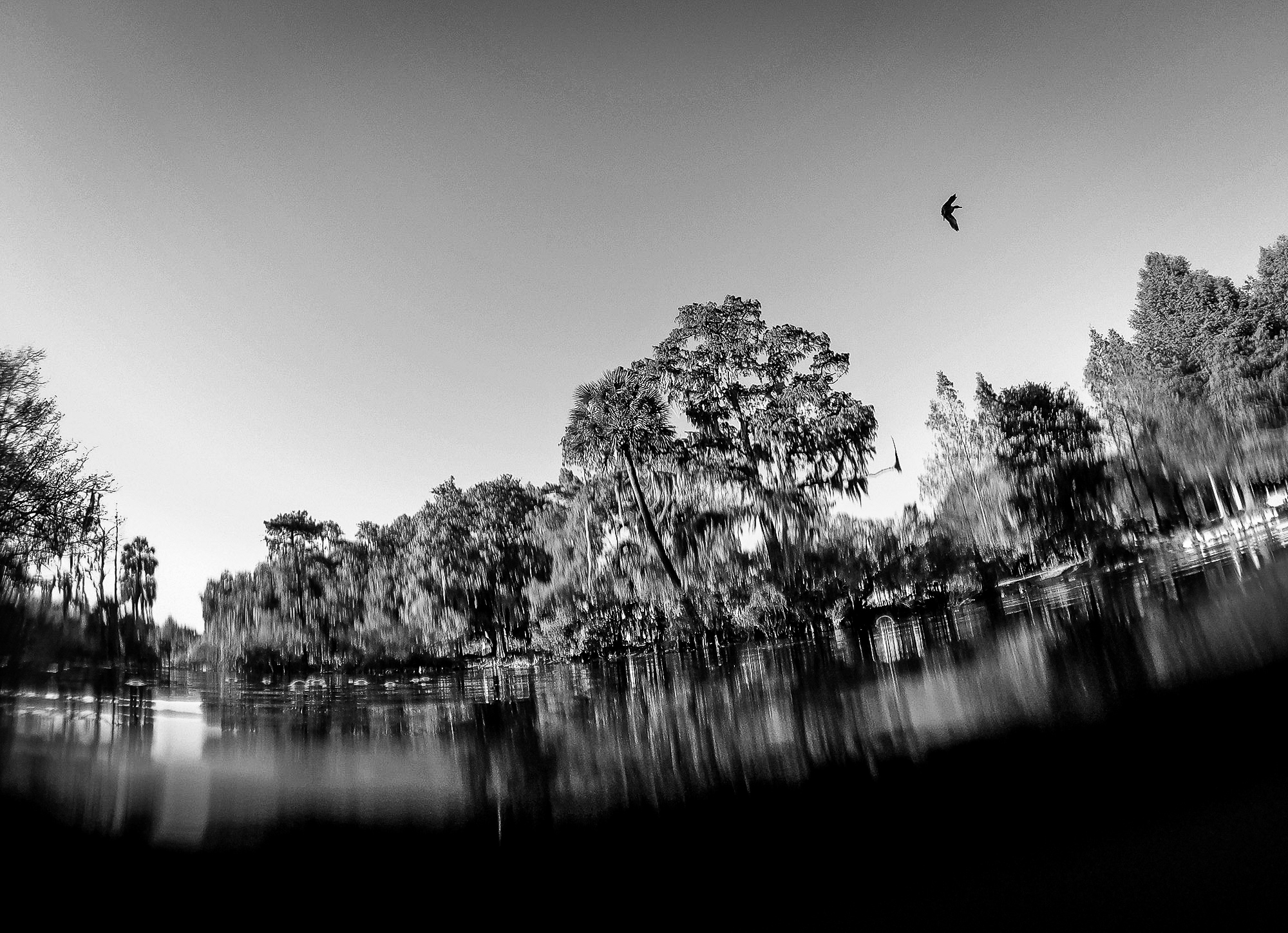 When you think of Mona Lisa, hopefully Leonardo DaVinci’s famous painting of a smiling woman leaps to mind -- not the terrifying image of a ghostly young woman emerging from the dark to claw at your car window. At least I hope that is the case.

When you think of Mona Lisa, hopefully Leonardo DaVinci’s famous painting of a smiling woman leaps to mind — not the terrifying image of a ghostly young woman emerging from the dark to claw at your car window. At least I hope that is the case.

But you might be one of the many young (or formerly young) people who, over the years, have been visited by the ghost of Mona Lisa while “parking” at night on Mona Lisa Drive in New Orleans City Park.

The Origin(s) of Mona Lisa

The legend goes that Mona Lisa was the daughter of the wealthy family that lived in the McFadden Mansion, the stately building near the Big Lake that is now home to the Christian Brothers School. Never mind that Texas oil millionaire William H. McFadden and his wife Helen, who bought and expanded the original building to what it is today, never actually had children.

Mona Lisa was said to have fallen in love with a sailor, and the pair would make goo-goo eyes at one another whilst promenading beneath the oaks and beside the lagoons near her family’s home. However, her father disapproved of his precious daughter falling under the spell of this jack-tar and forbade her from seeing him. Distraught, Mona Lisa dove into a nearby lagoon and drowned herself in Shakespearian fashion.

Or Mona Lisa was murdered. That’s the other version of the tale.

In the other telling, the sailor is a scoundrel who was cruelly using Mona Lisa for a fling while ashore and had no interest in the long-term, marriage thing. The pair got into a heated argument that led to a physical altercation which ended with the sailor drowning poor Mona Lisa in the lagoon. The legend goes on to say that the distraught dad then donated his holdings to the city for a park with the condition that a statue of Venus, which was said to resemble his unfortunate daughter, be erected in her memory.

Other less unlikely accounts say a philanthropist donated several statues to the New Orleans Parkway Commission with the caveat that this particular statue be given good display as it was in memory of his deceased daughter Mona. Photos from the 1930s show a statue in City Park that may be of Mona Lisa displayed at the center of an intersection of bricked pathways framed by neatly trimmed hedges with a nearby fountain.

Drawn by the romantically tragic tale of Mona Lisa, couples would flock to the statue. Sadly, all this attention reportedly ended when Venus was knocked down and destroyed by a speeding car. The remains of the statue are alleged to be in storage at the New Orleans Museum of Art. The site itself grew wild with only the pedestal of the statue still visible for many years until it, too, was removed. While the exact location where the statue stood is supposedly a mystery, it is said to be just to the southwest of the Popp Fountain. FYI, Popp Fountain was a popular gathering spot for witches in the 1970’s. But this is a ghost story, so…

The spirit of Mona Lisa reportedly did not take kindly to her statue being destroyed. Couples parking on Mona Lisa Drive, the secluded road that runs north of the traffic circle on Harrison Avenue, past the Couturie Forest, began to report a misty apparition that would loudly moan and tap at the car window. This was especially scary to couples because it was a well-known fact that canoodling teens always get killed first in horror movies.

The sightings of the misty specter of Mona Lisa increased over the years. The mournful apparition was also known as “Moaning Lisa” or “Moaner Lisa.” Screaming, yelling and strange laughter has been heard by people passing the woods or playing at the tennis complex as the heartbroken Mona Lisa cried out in the night either because she longed for her beloved sailor or was eternally furious about being murdered by him, take your pick.

So ubiquitous have the ghostly tales become that Mona Lisa Drive is listed by several websites as one of the most haunted roads in America. As the stories of her nocturnal appearances became more widespread, so did Mona Lisa’s range. She has now been spotted all over City Park, not just on Mona Lisa Drive, her vaporous tragic form floating beneath the ancient oaks and down the secluded paths on darkened nights.

The Three Ghosts of Toulouse Street and haunting cries for ‘Mommy!’