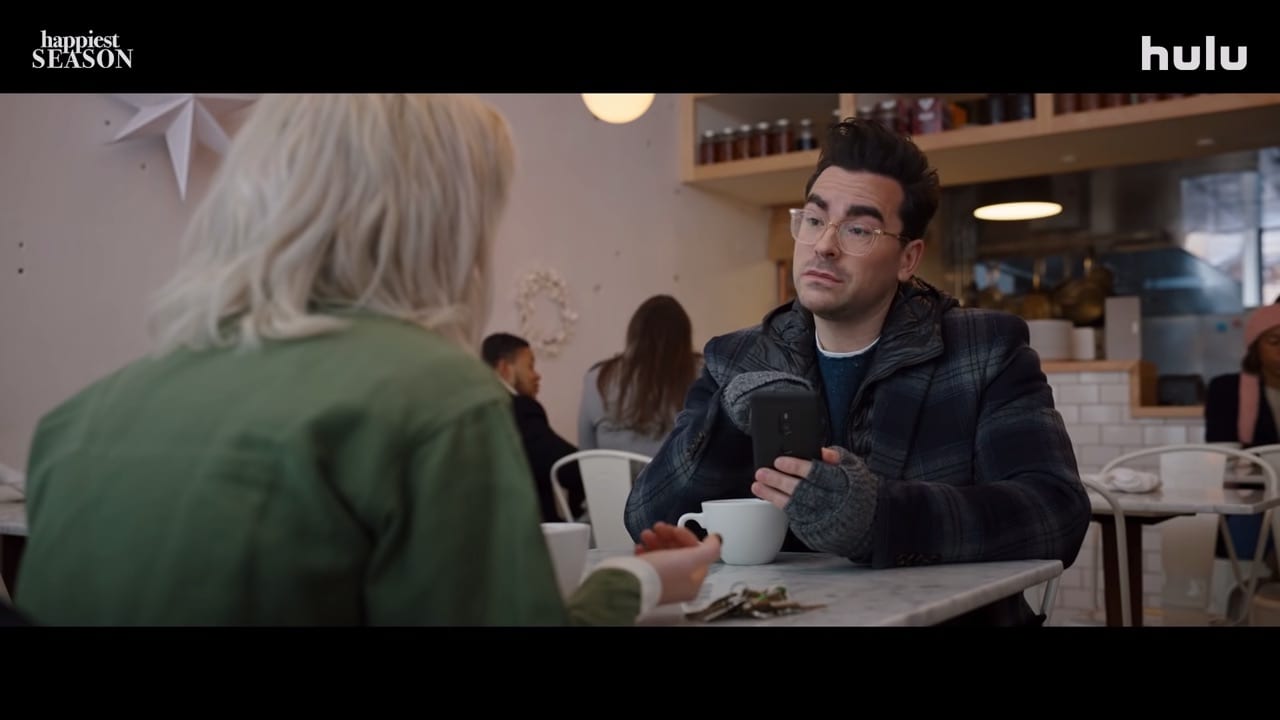 And there are plenty of them.

First, a synopsis: “Happiest Season” — the first queer holiday rom-com backed by a major studio — centers around couple Abby (Kristen Stewart) and Harper (Mackenzie Davis). Harper invites Abby to spend Christmas with her family, but there’s a twist: Harper isn’t out to her family and her family doesn’t know she’s dating Abby. As they say, chaos ensues. You can watch the trailer here. You can watch the movie on Hulu here.

Pittsburgh things in the “Happiest Season”

Why is there so much Pittsburgh in a movie that seemingly has zero ties to the city in its cast and crew? Who cares! Excuse us while we crack open an Iron City, nosh on some takeout from a local restaurant (we’ve got some suggestions for takeout and beer pairings) and cozy up to watch this movie. Let Pittsburghers have one thing. Please.

Pittsburgh Today Live interviewed the cast when they were in town in February to film the movie.