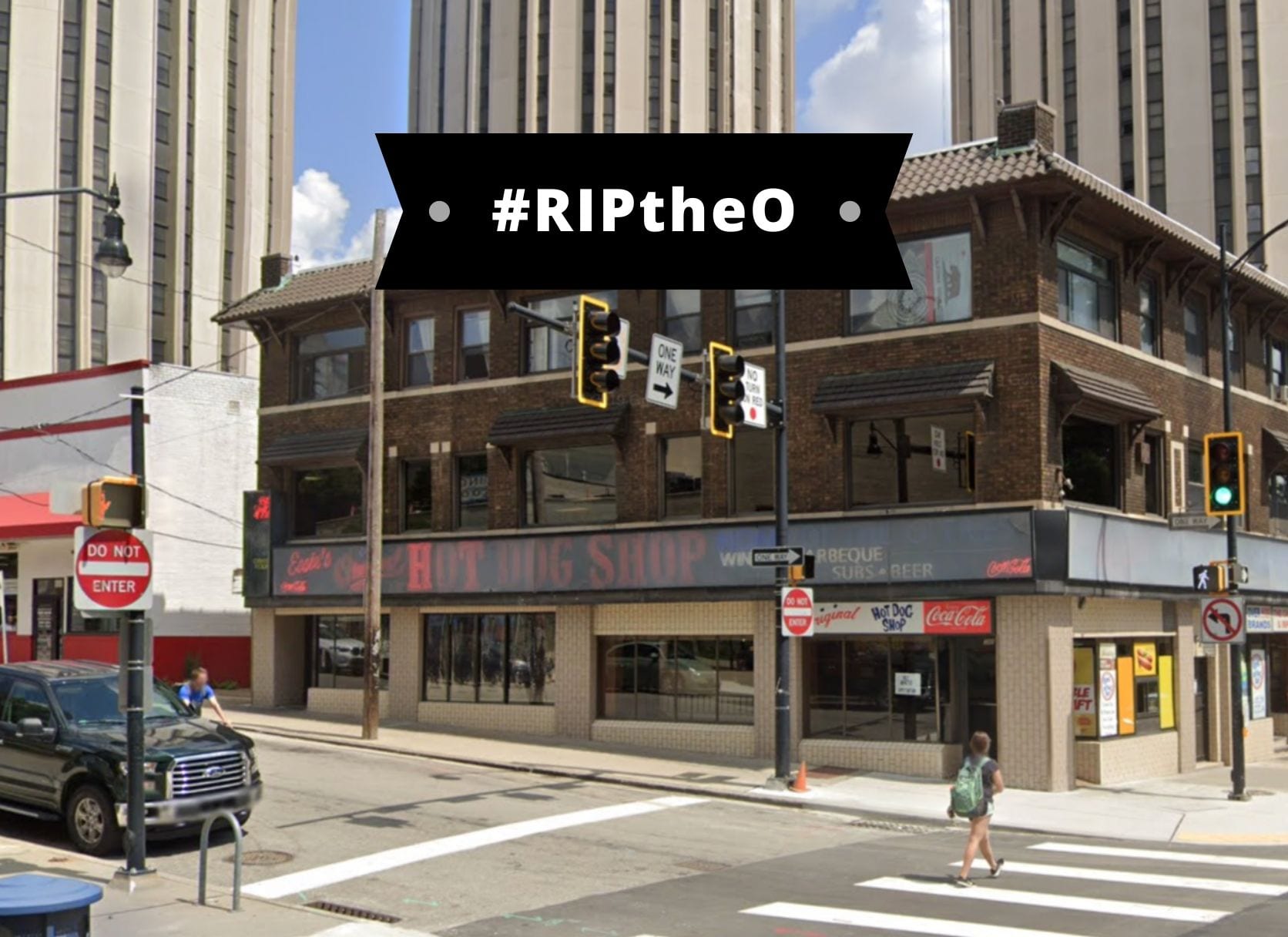 From Forbes Field to french fries, a brief look at the (foot) long history of "The Dirty O"

With the loss of Essie’s Original Hot Dog Shop, affectionately called The Dirty O by many, Oakland just got a little darker.

Known for its hot dogs and large servings of french fries, the eponymous restaurant closed in April 2020 amidst COVID-19, according to The Pitt News.

In its 60-year history, the restaurant became a symbol of old Oakland, a timeless family relic surrounded by modernization and chain restaurants.

1960: The O opens a block away from Forbes Field

Essie’s Original Hot Dog Shop — known to Oaklanders and Pittsburgh residents as “The O” — was opened by Syndey “Syd” and Morris “Moe” Simon in June 1960 during the Pittsburgh Pirates’ 1960 World Series Championship series.

Located right near the original Forbes Field, choosing the shop’s fare was easy. According to its website, “where would a better place be than outside of a ballpark to open a hot dog and burger stand?”

Hot dogs were the first item on the menu. The menu later expanded to include fries, pizza and sandwiches. The restaurant expanded too, with seating and an upstairs bar, and locations in Monroeville, Falls Church, Virginia, two sites at Carnegie Mellon University, another in Plum Borough and East Carson Street on the South Side of Pittsburgh.

The restaurant was originally named “House of Beef” and later “The Original Franks & Burgers.” The brothers eventually renamed the shop “The Original Hot Dog Shop.” Over time, Syd became full owner of the restaurant when he bought out his brother’s stake. In 2000, “Essie’s” was added to the neon, in memory of Syd’s wife, Esther, who passed that same year, according to a report by the Pittsburgh Post-Gazette.

Syd Simon was known for helping the community, working at the store on Thanksgiving and Christmas to provide food for those in need. Simon’s most notable act of kindness was helping close friend and O employee Nathan Keys receive a liver transplant. During the 1980s, Keys was told he had months to live, despite facing an 18-month wait on the transplant list. Simon, who himself was a repeated cancer survivor, petitioned George H.W. Bush’s administration to help Keys. The White House responded, and Keys received a new liver.

Syd was also known for patenting many inventions, including a line of clothing for the visually impaired.

Terry Campasano and Bruce Simon — Syd’s children — have owned and run the establishment since the mid-2000s.

The O was a mainstay of Pitt football games, where hungry students and fans would go to The O for pre- and post-game food. With the loss of Pitt Stadium and the rise of dining halls, summers became The O’s big season, with alums stopping in with their families to reliverelieve a piece of their past. However, on nights and weekends, the O would bustle with hungry students looking to satisfy drunk cravings.

i had my heart stolen at eight years old when my dad bought me my first greasy brown bag full of fries and perfectly fake cheese and then forced me to use the dirtiest bathroom i had ever seen. it was a rite of pittsburgh passage. #RIPTheO

Over the years, The O was featured on television and in-print regionally and nationally. In 2001, Gourmet named it the fourth-best hot dog joint in the United States. In 2002, The New York Times said, “This is not just a great hot dog. This a great piece of meat.” In 2005, it was featured on the Food Network program “Unwrapped” in an episode titled “In the Bun.” Even the french fries got their due, with CNN listing The O as having the best french fries in the United States, with “Travel and Leisure’s” Laura Kiniry noting, “the mountain of fries that comes in even a small order borders on the ridiculous — so no wonder the college kids keep coming back.”

Local legend and documentarian Rick Sebak featured The O in “A Hot Dog Program,” a 1996 nationally distributed PBS program produced by WQED. Sebak has dined at the eatery since first coming to WQED in 1987.

“I think it’s a wonderful local institution and I don’t want to see anything happen to it. They’ve made it such a landmark,” Sebak said in a 2005 interview with The Pitt News.

Famous faces have graced the restaurant as well. Mac Miller talked about it once in an interview. Many Pitt students took photos with “Breaking Bad” star Bryan Cranston outside of The O when the actor was filming in Pittsburgh in 2016. Pitt football coach Pat Narduzzi and Roc the Panther even mourned the loss on Twitter.

Going to miss those fries! #RIPTheO

Whatever chain restaurant or office building The O becomes, we’ll pull from our hazy memory the fries we devoured, the different lines we stood in and the friends we ate with along the way. RIP Essie’s Original Hot Dog Shop. May you fly high and serve delicious greasy food, too.

A sad #foodrescue today. These are the last of The O’s potatoes 😞 #RIPTheO We will make sure these find a good home. #Pittsburgh pic.twitter.com/dn0jbjDhNo

A few more stories about Oakland…

If you went to Pitt or maybe you just want to learn a little bit more about Oakland, you might enjoy checking out one of these links: