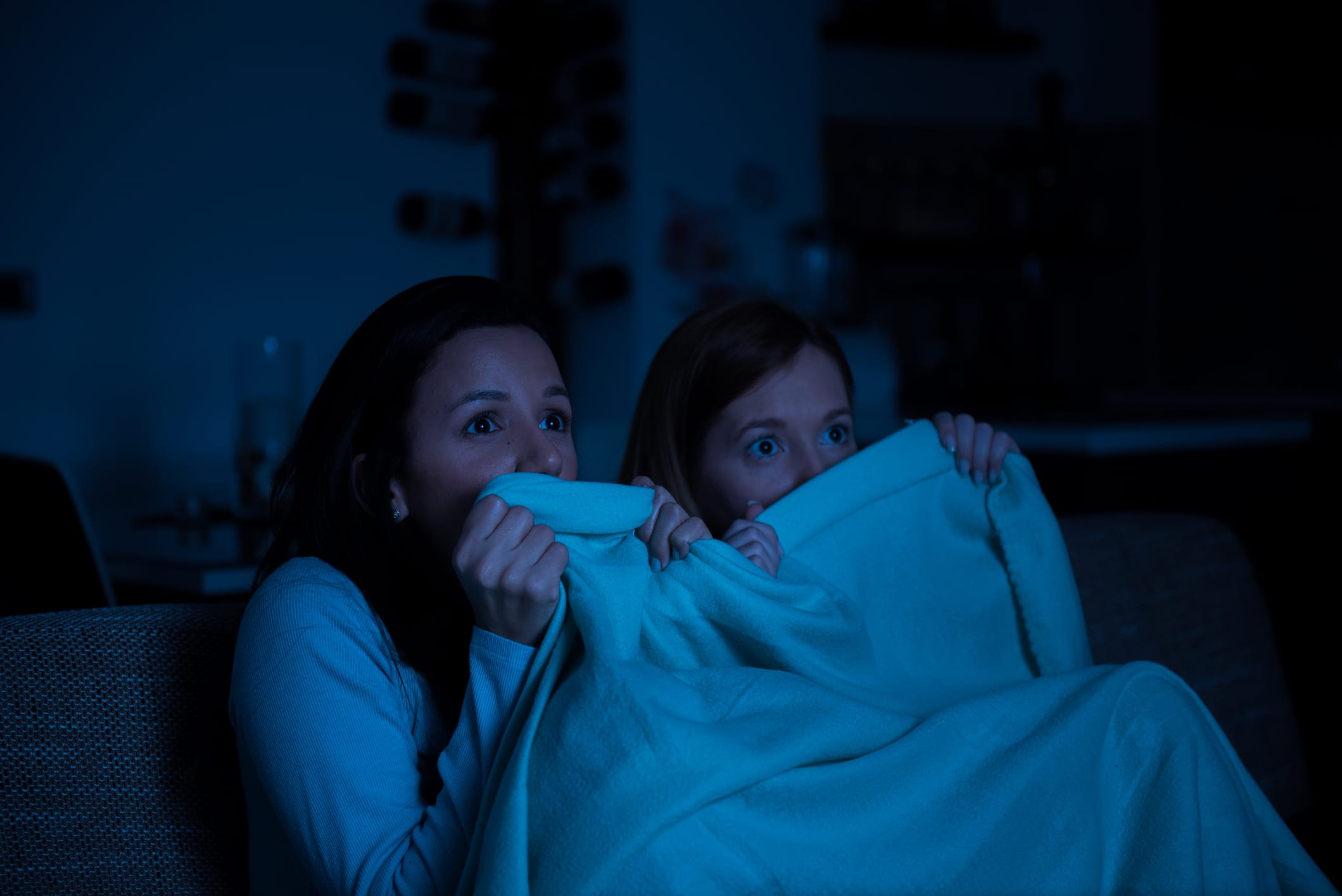 What’s better than a scary movie that you can enjoy in the comfort of your own home? While there are a lot of classic horror movies out there, there are actually quite a few set in New Orleans and surrounding areas.

It’s the spooky season, and that means tricks, treats and Halloween movies!  What’s better than a scary movie that you can enjoy in the comfort of your own home? While there are a lot of classic horror movies out there, there are actually quite a few set in New Orleans and surrounding areas. I always enjoy watching scary New Orleans-based movies, because it adds to the “chill” factor for me.

“Vampires in the French Quarter?! Ooooh!”

So, grab the popcorn and turn out the lights; here’s a list of some movies (and a TV series) that are sure to get your New Orleans Halloween started right!

Louis is a man who has lost his family, when he meets a vampire, Lestat, who promises eternal life. The movie, starring Brad Pitt and Tom Cruise is the quintessential New Orleans horror movie.

A young woman’s sexual awakening brings horror when she discovers her urges transform her into a monstrous black leopard. She mates with unsuspecting humans and leaves their bodies in her wake.

Harry Angel is a private detective contracted by Louis Cyphre to track down the iconic singer Johnny Favorite. However, everybody that Angel questions about Favorite seems to meet a tragic demise. Eventually the trail leads Angel to New Orleans where he learns that Favorite had dabbled in the black arts. As Favorite’s whereabouts and true identity become clear, Angel learns that being hired by Cyphre was not a random choice. -via Eventful Movies

Caroline Ellis, a good-natured nurse living in New Orleans, quits her job at a hospice to work for Violet Devereaux, an elderly woman whose husband, Ben, is in poor health following a stroke. When Caroline begins to explore the couple’s rundown bayou mansion, she discovers strange artifacts and learns the house has a mysterious past. As she continues to investigate, she realizes that Violet is keeping a sinister secret about the cause of Ben’s illness. – via Rotten Tomatoes

An archbishop puts a priest in a New Orleans parish where Satan poses as a temptress in black.

A group of thieves breaks into a chamber expecting to find paintings, but instead they release the count himself, who travels to New Orleans to find his nemesis’ daughter, Mary Van Helsing.

When Katherine, a beautiful Southern girl obsessed with thoughts of eternal life, invites Count Alucard to come to her mansion in the U.S., she unleashes a Pandora’s box of horror on unsuspecting relatives and neighbors.

Although notorious New Orleans gangster J.D. Walker is shot and killed in the 1940s, his spirit remains restless for three decades, until a hypnotist’s supernatural nightclub act allows him to take over the body of Isaac, a mild-mannered law student. After inhabiting Isaac, Walker decides to hunt down the Rev. Elija Bliss, a former criminal who helped the authorities find and assassinate the mobster years ago.

Police try to capture someone who is committing ritual murders of women during Mardi Gras in New Orleans.

Found terrified and alone in rural Louisiana, Nell Sweetzer is now safely in New Orleans. She can’t remember the terrible events of the previous months, only that she is the only surviving member of her family. Nell wants to start a new life for herself, but just as she begins the difficult process, the evil force that once possessed her returns — bringing with it unimaginably horrific plans that mean her last exorcism was just the beginning. -via Rotten Tomatoes

Ben and Marcus are college students in New Orleans, enjoying Mardi Gras, when they decide to go on a boat tour of an allegedly cursed bayou. Meeting up with several other tourists, including quietly beautiful Marybeth (Tamara Feldman), they are entertained by their guide Shawn (Parry Shen), who regales them with tales of a ghostly serial killer who wanders the swamp. They laugh off the stories — until someone, or something, starts picking off members of the group. -via Rotten Tomatoes

After his father dies, Corey Thorton inherits his father’s estate in Louisiana, only to find that his father plans to sacrifice his soul to live again. Lust, black magic and his quest for the truth take the New Orleans heir to a place near hell.

Scooby and the gang reunite in search of mysteries and adventure, when they chance upon a remote island inhabited by an undead pirate and his zombie crew. (Yes, this is actually set in New Orleans. I found out about this gem on Reddit.)