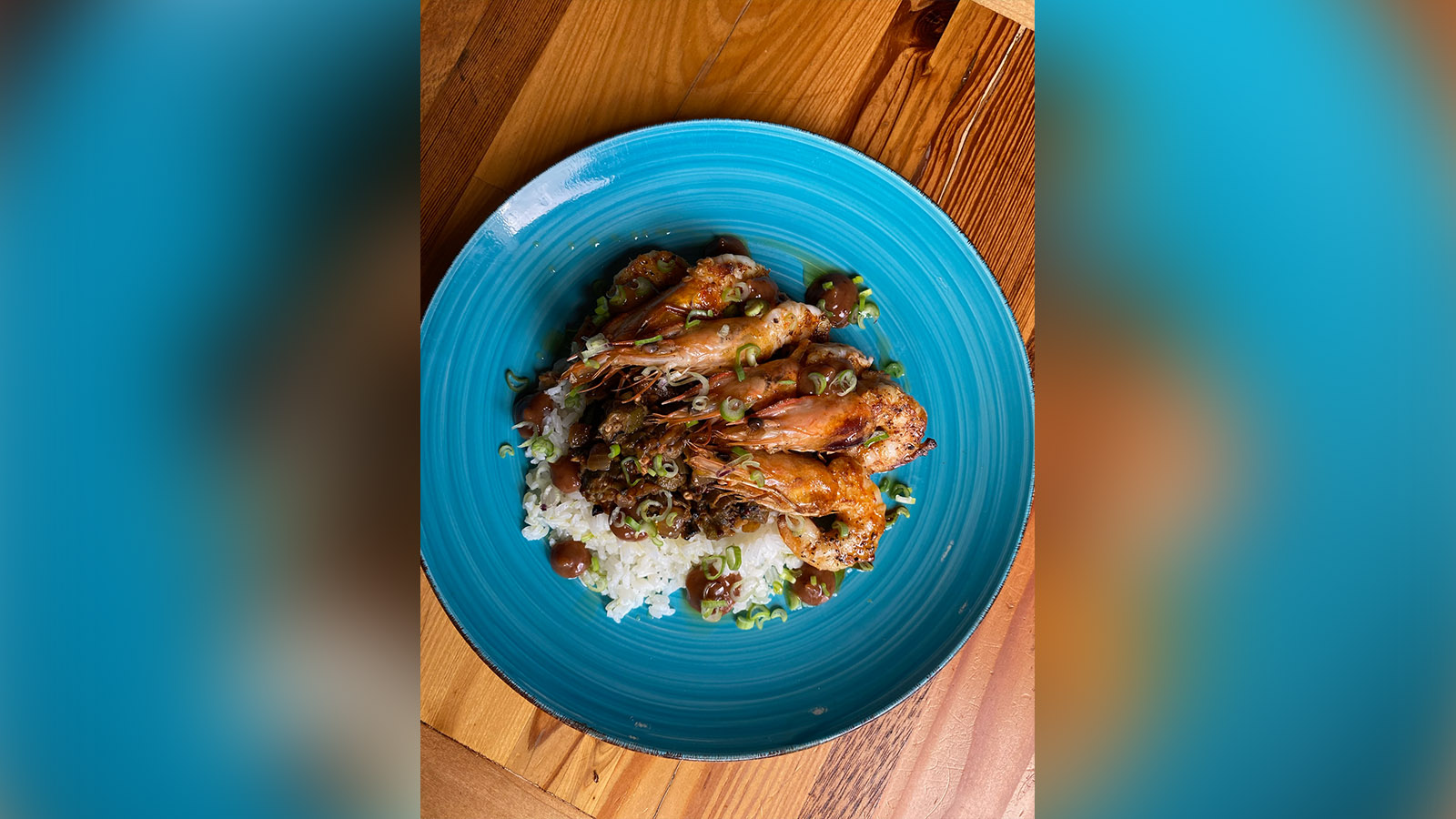 Since 2019, Jordan Herndon and Amarys Herndon have run Palm & Pine, a casual-cool French Quarter restaurant at 308 N. Rampart St.  The couple, who moved to New Orleans from Texas, got their start working side-by-side at French Quarter staple Arnaud’s while attending culinary school at Delgado. Later, Jordan was named sous chef at Ralph’s on the Park, while Amarys was named sous chef at Bayona. The pair then branched out into their popup concept. The Old Portage launched in 2014, serving dishes that mixed familiar New Orleans flavors with the spirit of the couple’s home state. When the Herndons moved to New Orleans, they did so because of the city’s culinary reputation and their desire to cook in a city known for its outstanding cuisine. “We moved here specifically to cook in this city,” Jordan said. “We had been in restaurants in some capacity for a while before we…

The pair then branched out into their popup concept. The Old Portage launched in 2014, serving dishes that mixed familiar New Orleans flavors with the spirit of the couple’s home state.

When the Herndons moved to New Orleans, they did so because of the city’s culinary reputation and their desire to cook in a city known for its outstanding cuisine.

“We moved here specifically to cook in this city,” Jordan said. “We had been in restaurants in some capacity for a while before we moved here, and were both at the point where we wanted to move to a new city, learn some new food, and how to cook it. To us, New Orleans is a culinary capital.”

Casual dining with an international twist

Palm & Pine offers a menu that’s casual take on fine-dining serving dishes with Texas, Louisiana, Mexican, and Asian influences with a focus on New Orleans-inspired tastes with the chefs’ own twist.

“As a restaurant, we’re a New Orleans restaurant first and foremost,” Jordan said. “That means that we’re a restaurant that wouldn’t make sense anywhere else; it works the best here, especially being in the French Quarter.”

Menu highlights include Corner Store Crudo made with yellowfin tuna, pineapple Big Shot Nựớc Chấm, daikon, fresh herbs, and shrimp chips. This is one of the restaurant’s signature dishes that Jordan perfected during his tenure at Ralph’s on the Park. The couple first served it at The Old Portage.

“We enjoy making food that begins a conversation or makes you feel nostalgic,” Jordan said. “We learned how to make Nựớc Chấm from a Vietnamese woman at Arnaud’s. I had never tasted Nựớc Chấm like hers and I discovered later that she put Sprite in it. We turned that into an idea of making it specific to New Orleans by using pineapple Big Shot in our Nựớc Chấm.”

Want to know where to get the best pho in the city?

The dish, Jordan says, speaks to the city’s culture of popping into a corner store and grabbing a Big Shot and a bag of chips. It epitomizes the spirit of local comfort food while retaining an exotic elegance in a mix of flavors.

“It’s really simple when you see it, but it’s a dish that surprises people. It’s like a warm hug,” she said.

Another popular dish returning to Palm & Pine’s menu is Oaxacan Mole. Made with Backwater Duck, Amarys has been perfecting her Oaxacan Mole since her days at Bayona. Like the Corner Store Crudo, it became popular during the couple’s days with their popup.

“It has evolved over the years,” Amarys said. “This year we were in Oaxaca, so I was able to bring back some chocolate for the mole that will bring it up to another level.”

Hot Sausage Carimañolas is another of Palm & Pine’s signature dishes. Hot sausage is made in-house, stuffed into a yuca fritter, and served with dill pickle relish, roasted garlic mayo, and finely shredded cabbage. This dish is a nod to a local favorite, the hot sausage poboy.

Jordan explained that the ceviche is reminiscent of a dish the couple had in Mexico City, where they would take fish, make it like traditional ceviche, and then toss it with mayonnaise. Palm & Pine’s version is made with habanero mayo.

Cuisine for the service community

The late-night menu is designed for service industry workers looking for a bite after work or anyone else who might be looking for something delicious to eat before heading home for the night.

Palm & Pine hosts regular events, including late-night burlesque with Bella Blue every first and third Friday of the month. Amarys describes Blue’s performances as a different, more personal, burlesque experience than a typical burlesque show you would see in a larger venue. The couple has been fans of the dancer for years, and her bi-monthly residency at the eatery seemed a good fit.

“Bella is someone we’ve admired for a long time and she started coming to the restaurant a few months before we had the idea for late-night burlesque,” Amarys said. “She was our first call and she said ‘yes’ immediately. It was the right timing for all of us and she’s very much a part of our team.”

On Dec. 16, the restaurant will host a three-course, boozy holiday lunch complete with a fun holiday playlist. “Not Christmas carols,” Amarys said with a laugh.