Food is a vessel for storytelling, and there are few people that understand this better than Katt Schuler.

When the Elkins, West Virginia native moved to Pittsburgh, she recognized that her two homes weren’t as different as many assume—yet she quickly came to realize that the social outcomes vary drastically. Schuler took notice of the flowing stream of nonprofit dollars getting passed around, the praise for innovation, and the valve of opportunities within her own life that seemed to be opening up. But she didn’t change, only her surroundings did.

“The outcomes of living in West Virginia versus Pittsburgh often look very different, but without very different behaviors,” explains Schuler. “I’m still an introvert, mostly hanging at home, going to work, watching Netflix, and that narrative in my life isn’t any different whether I’m in West Virginia or Pittsburgh. Yet what my life looks like in Pittsburgh is a lot prettier and nicer, a lot more interesting, and I was really driven to understand why that is.”

Schuler’s pursuit to create a dialogue around this social disparity was something that filled her mind and morphed into a seed for many conversations to come. When she finally figured out her medium for sparking these conversations, it was through something that had been right in front of her the entire time: The pepperoni roll.

“The pepperoni roll is a culturally iconic food in West Virginia, and I feel that it has a reputation much in the same way that individuals from West Virginia also have,” explains Schuler. “It’s the same sort of preconceived notion about who we are, what type of person we are, and what we do or do not deserve.”

Culturally iconic comestibles are most often traced back to the working class. As the foundation to any great society, the working class are the ones that incorporate a given cuisine into their lives based out of necessity, available resources, and collective taste. It’s this notion that creates the eat like a local cliche that wanderlust travelers cling so tightly to.

When Giuseppe “Joseph” Argiro began selling the first pepperoni rolls in Fairmont, West Virginia, back in 1927, an unsuspecting regional treasure was born. Italian immigrants were flooding the region in the early 20th century in pursuit of jobs in the railroad and coal mining industries. Argiro’s creation was perfect. It was cheap and easy, didn’t require refrigeration, could be consumed with one hand and made for a quick, delicious lunch. Few joys rival that of yeasted bread stuffed with salty, fatty cured meats.

Eventually it grew to become a staple at convenience stores, gas stations, and supermarkets, never to be given too much thought. Just another piece of Appalachia.

Appalachia is misunderstood. When the word gets used, many people immediately drift to the prejudice and historically counterfactual interpretations of rednecks and hillbillies that have been fed through erroneous portrayals in popular media. Others may imagine a slightly more glamourized Dolly Parton iteration, or maybe that of hiking the Appalachian Trail on a half-year pilgrimage alongside fellow wanderers. While all these things, factual or not, might play a role in Appalachia, they’re often just pieces that outsiders use as a basis for understanding.

“We must distinguish Appalachia as a ‘culturally and socially constructed place’ from that of a ‘geographical place,’” explains Dr. Lou Martin, associate professor of history at Chatham University.

As a member of the Appalachian Studies Association, Dr. Martin recognizes that the interpretation of Appalachia is something that has been fabricated from the outside in, and generalizes huge swaths of the United States.

“When people talk about Appalachia in popular media, they often mean Central Appalachia, which is primarily made up of Southern West Virginia, Eastern Kentucky, and Eastern Tennessee,” says Martin. “This region is primarily known for coal mining, logging, and high levels of poverty.”

During the 19th century, Central Appalachia was frequented by travel writers. These journalists were writing for urban audiences that self-identified as modern and sophisticated, fascinated by stories of exotic mountain people that lived like they were in long-lost centuries of the past. While these stories were typically stylized, or just flat out false, this concept of Appalachia sold—and not only that, it stuck.

“Still today when people talk about Appalachia, they’re typically evoking this image of the hillbilly. Somebody who is backwards and out of step with mainstream America,” says Martin. “There is a whole series of stereotypes that make Appalachia as much a social construct as a real place with real people. I have yet to meet the person who identifies as Appalachian that takes their queue from popular culture.”

In a way this notion encompasses Schuler’s ascent into launching Rolling Pepperoni, a pepperoni roll business with an emphasis on storytelling. It’s the idea of understanding what Appalachia means through the lens of real Appalachians, and not having these stories told on their behalf.

“Appalachia is defined by the people that identify with it,” claims Schuler. “I began to develop a curiosity for what Appalachians would say when asked what the word really means.”

Schuler began reaching out to those that have embraced their Appalachian identity to gain perspective. Some embraced their identity as a defiance of the stereotypes and the powers behind the exploitation of Appalachia, others as a recognition for the commonalities and traditions of those across their region. As the conversations began, the stories started to unwrap.

Working out of her newly opened Lawrenceville location, each pepperoni roll that Schuler produces comes in a wrapper that tells a story—literally. These stories, typed on the backside of each wrapper, are from conversations that Schuler has had with fellow Appalachians as a means of better representing the region.

These stories are told by singer-songwriters, makers, entrepreneurs, scholars, puppeteers, rock climbers, authors and more. Yet Schuler didn’t feel that label space was enough. She had a desire for something more permanent, a way to catalog these stories—a book.

Wrapping these stories of Appalachia into a book

“RP Unwrapped Vol.1” is a coffee table book compilation of all the stories from Rolling Pepperoni’s first Story Series throughout 2019. Ranging from emotional and intense to light-hearted and whimsical, the book is a dive into understanding what it means to be Appalachian, as told by 23 people from seven different Appalachian states.

The funding for the book was backed by pepperoni roll sales, individual donations, and sponsorships from New Sun Rising, ASCEND Climbing and Rootstock Puppet Co. Proceeds from the sales of this book will go back to the book’s storytellers—past, present and future. Sponsorships for volumes 2 and 3 are currently being accepted.

“What’s fun about the book is that Rolling Pepperoni is organized to be regenerative in its profit model,” explains Schuler. “Up until now the pepperoni rolls have been paying for the Story Series and for the employees that do all the writing. But with the creation of the book, this will be the Story Series’ own product, and it will be self-sustaining.”

The model is set up so that 50% of the profits from the book go to the Story Series, while the other 50% is divided and goes to all of the book’s contributors. Every time the book is sold, each of the project’s contributors receives a small royalty with the hopes that it can create a lasting trickle.

Stories are what created the perceived notion of Appalachia, but they were rarely told from within. “RP Unwrapped” is an opportunity to begin sharing these internal stories, and it might start off with a bite of pork nestled into a light, freshly baked purse of dough. That bite might even remind you that it is better to embrace your roots than to try to fit into somebody else’s concept of what you should be.

Where to buy the book: Click here to purchase your own copy of “RP Unwrapped Vol.1.” 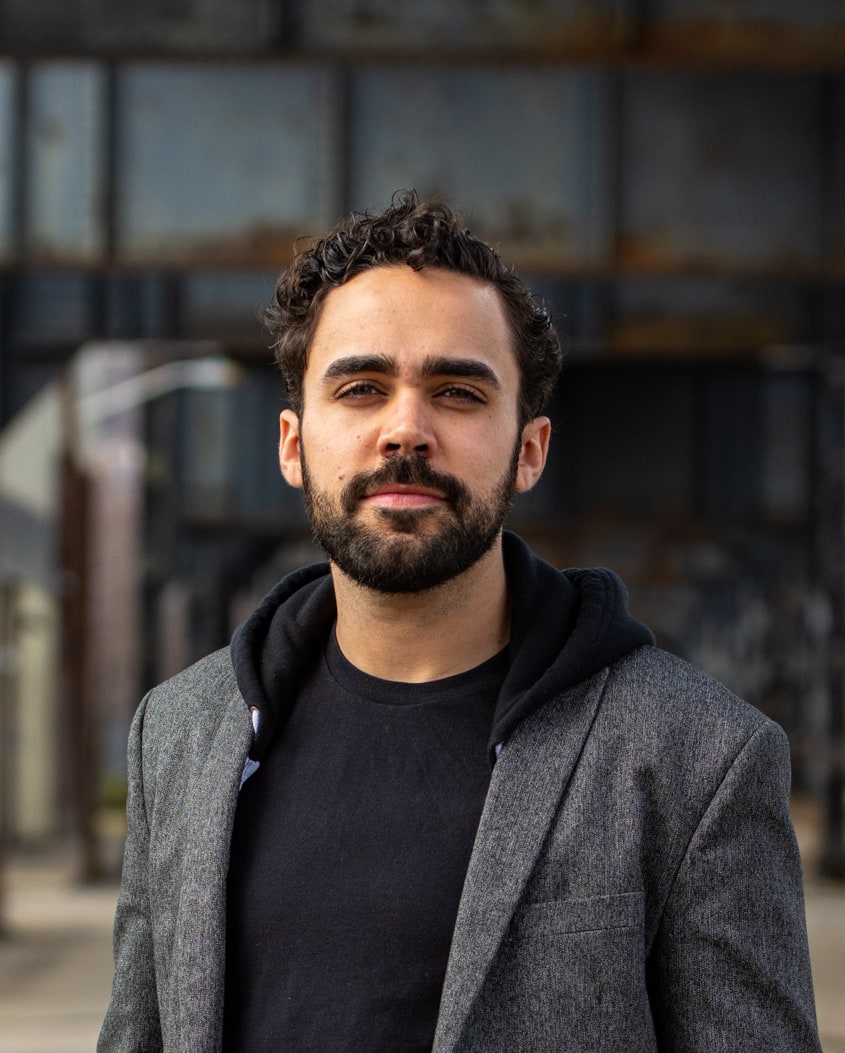 David Neimanis is a cultural producer and writer from Buffalo, NY. After spending years on the road as a traveling musician, Neimanis migrated to Pittsburgh, PA where he now spends his time writing about food, culture, and the ways in which makers, artists, and entrepreneurs build and shape communities.

Neimanis is also the Partner Experience Manager at 412 Food Rescue. In his spare time you can find him making pizza or foraging for funky bottles of wine.