Water ice is a tasty dessert that’s big in the east, especially in Philadelphia. The finely granulated concoction is blended with flavor throughout and scoops and eats like ice cream. It melts slowly and makes for the perfect treat on a hot day.

We all know that New Orleans is a snoball town. When it comes to a sweet, cold treat, a good New Orleans snoball can’t be beat. While that might be true, Tapeh’s Water Ice, in Algiers, is hoping to add another type of sugary cool-down to New Orleans’ culture.

Tapeh is originally from Monrovia, Liberia and grew up in Minnesota. He played for the Eagles and later the Vikings, before retiring in 2008. In 2012, Martin moved from Phoenix to New Orleans to work as an economic developer for the Landrieu administration.

The two decided to collaborate and open a business that would not only help the people of Algiers, but introduce the people of New Orleans, and surrounding areas, to a unique confection. 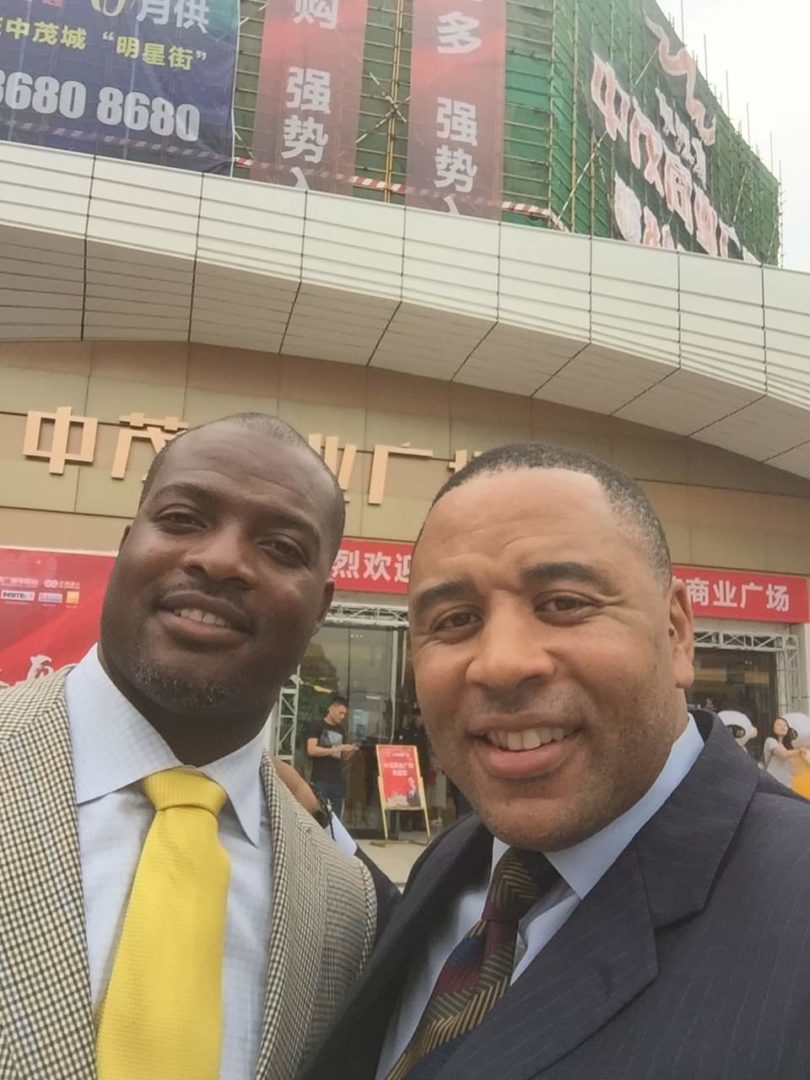 What is water ice?

Water ice is a tasty dessert that’s big in the east, especially in Philadelphia. The finely granulated concoction is blended with flavor throughout and scoops and eats like ice cream. It melts slowly and makes for the perfect treat on a hot day. Tapeh’s uncle originally started making and selling water ice out of his house, and Tapeh and Martin had the idea to bring it to New Orleans and spread a bit of east coast culture to the Gulf south.

“New Orleans is full of so many different cultures,” Martin said. “We wanted to bring one more piece of culture here for people to try.”

In 2017, Tapeh and Martin bought the building, a former Church’s Chicken in great need of renovation, on Newton. “It was important to us to fix up a neighborhood building,” Martin explained. “We spent most of 2018 renovating the entire building, from ceiling to floor, with the help of friends and family.”

In March of 2019, Tapeh’s Water Ice opened and success has been sweet ever since.

“All of our advertising has been word-of-mouth and people come from all over to try our water ice. People have even driven in from the Northshore, and other places along the Gulf Coast, to come see us,” Martin said.

It was important to Martin to provide jobs and affordable food options to the people of Algiers, so he employs students from the local high school and shows them the ins and outs of the business.

Tapeh and Martin realized that water ice might be mostly a warm weather interest, and it was important to the men to provide more than just seasonal work. For this reason, Tapeh’s provides lunch items such as chicken and waffles, sandwiches, nachos, fries and Philly cheesesteak, which has been a big hit.

“People especially love our Philly cheesesteaks, because that’s not something you can get everywhere in New Orleans,” Martin said.

As for the water ice, there are 20 flavors to try including blueberry, lemon, strawberry lemonade, cotton candy and cherry.

I tried the cherry flavor and, as someone who had never had anything like this before, I was immediately hooked. It’s so much different than a New Orleans snowball. The flavor is evenly blended throughout the dessert and the taste is refreshing- I was a fan after my first bite. I like that it doesn’t melt quickly and get all soupy, like some other ice desserts.

Tapeh and Martin brought a little piece of the east coast to this corner of Algiers and your taste buds will thank you for indulging in Tapeh’s Water Ice.