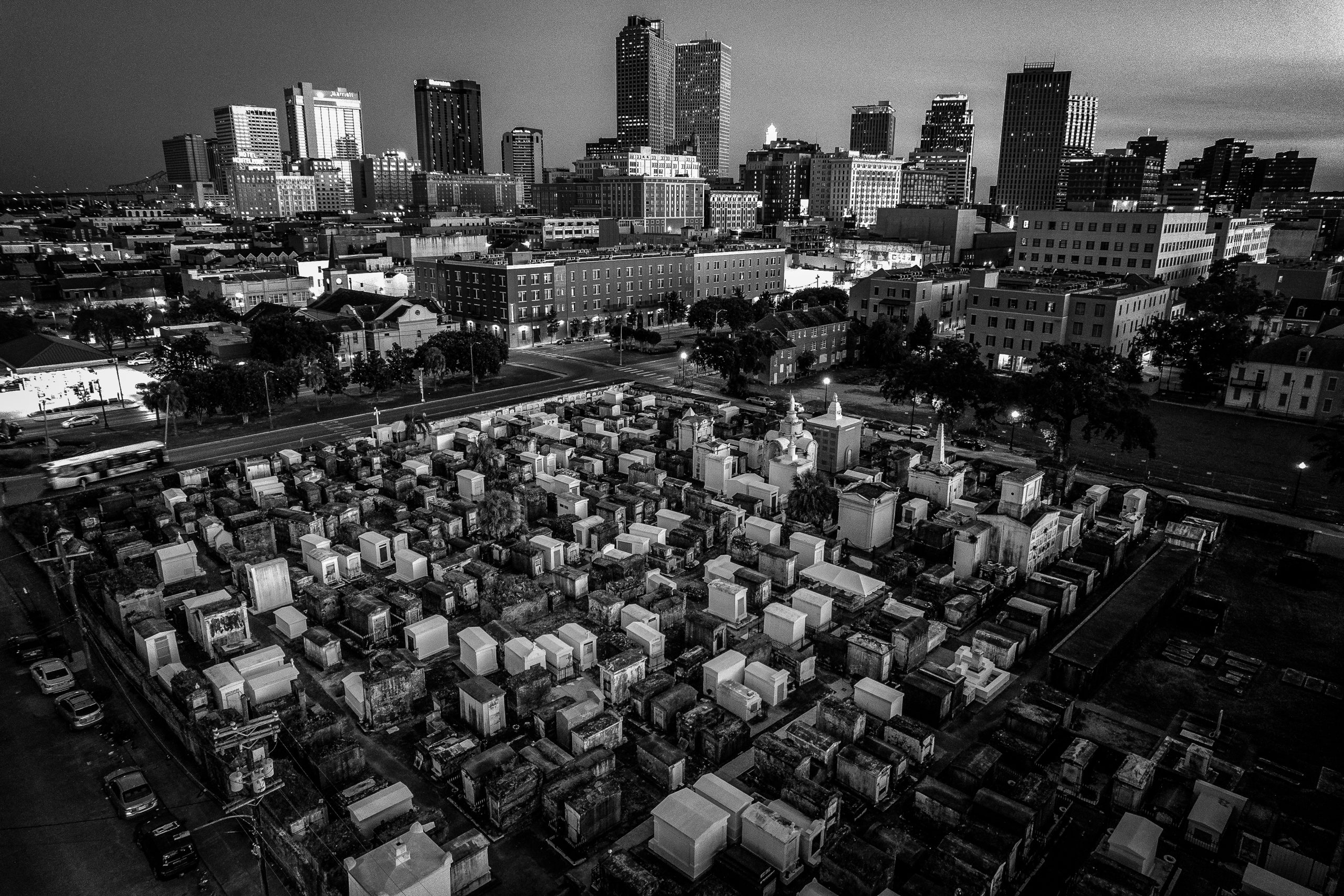 More than Marie: The Other Ghosts of St. Louis Cemetery #1

Sure we know about the Queen of Voodoo, but what other ghosts inhabit one of the cities oldest cemeteries?

Let’s face it, Voodoo Queen Marie Laveau rules the NOLA afterlife; her name can be found on French Quarter shops and museums, specialized tours, countless songs, even a craft beer or two. Books about her life take up entire shelves at bookstores. She’s been played by Angela Bassett on TV and is a character in both the DC and Marvel universes. A visit to her tomb in St. Louis Cemetery #1 is de rigueur for many visitors to New Orleans. Her spirit reportedly patrols the corridors of the age-old cemetery and visitors to her tomb surreptitiously leave flowers, money or other tokens in hope of gaining her favor. Many pilgrims tell stories of feeling the touch of her invisible hand or experiencing a flutter in their heart and breathing caused by her ethereal presence. All this attention must make the other ghosts in the cemetery wonder what they have to do to get a little press. Well, we are here to fix that.

How St. Louis Cemetery #1 came to be

But first, a little history: Set just north of the French Quarter, St. Louis Cemetery #1 opened in 1789 and quickly did a brisk business interring New Orleanians who were killed in droves by the waves of disease and disaster that frequently befell the city. While those with the means were placed in the signature above-ground tombs, thousands of unfortunates were buried on the grounds in unmarked graves, stacked in the soil one upon another over the decades, leaving a stratum of bones thought to be many feet thick. This many souls crowded into one small patch of real estate was bound to create some ghostly manifestations on the grounds of the oldest surviving cemetery in the city. And thus it is…

Many disparate, anonymous spirits, like nameless Civil War soldiers, formless orbs, or even ghostly cats and dogs roam the cemetery, but there are several named apparitions:

Sailor Henry Vignes purchased a tomb for himself before shipping out on a long voyage. He entrusted his landlady with the deed and she later sold off the tomb, assuming he’d never return. But return to NOLA he did before passing away here. Cruelly tombless, he was interred among the destitute at St. Louis #1. Nowadays the tall, blue-eyed figure walks the cemetery looking for his lost tomb, often asking visitors where it can be found. He will also appear at burials and ask if there is room for him in the vault as well, saying he needs to rest.

Another regular is Jimmy, a stout, toothless, rather stinky ghost who looks like a regular person (before vanishing) who asks visitors to place flowers on his dead wife’s grave.

A polite young ghost by the name of Alphonse greets visitors and will grab their hands, asking to be returned home. He moves flowers left at other graves to his own and alternates between smiling and crying.

The spirit of chess champion Paul Morphy is said to appear at his tomb, studiously examining a ghostly chess board.

An eternally inebriated ghost named Fagan belts out bawdy songs and dirty jokes before asking people for a ride home, probably because he can’t get a cab. Why can’t a ghost get a cab you ask? One ghostly bride apparently ruined it for everyone.

During the 1930’s, a taxi driver picked up a young woman in a white dress who hailed the taxi outside the gates of the cemetery. She slipped out of the darkness and into the backseat, asking the driver to take her to an address in the Marigny. When they arrived, she instructed the driver to approach the door and ask the man of the house to come out. The driver followed her wishes and when the man answered his knock, the driver explained he had a lady visitor. The man sighed in a “not again” kind of way and explained that the woman in the cab was his wife and that by-the-way she died years ago, was buried in St. Louis #1 in her wedding dress, and had made it a habit to cab it back home every so often. Sure enough, when the driver opened the back door, the ghostly passenger in white was nowhere to be found. That is why taxis stopped picking up fares outside the cemetery; they didn’t want to get stiffed so to speak.

The one New Orleans figure who could rival Marie Laveau in fame, or infamy in this case, is Madame LaLaurie, the murderous matron of the Royal Street Mansion of Horrors whose life has also been well-documented in numerous books and TV shows. While she disappeared after the torture and possible murder of her slaves was discovered, there is a theory that she absconded to Paris where she died in a wild pig attack and that her remains were secretly returned to New Orleans for burial. A sexton at St. Louis Cemetery #1 by the name of Eugene Backes claims to have found a timeworn copper memorial plaque in Alley 4 with the inscription “Madame LaLaurie nee Marie Delphine Macarty” which said she had died in Paris on December 7, 1842, at the age of 68. Was she secretly buried in St. Louis #1? Is she haunting the cemetery the way her mansion is haunted by the ghosts of her victims? Did you know her former Royal Street mansion was once owned by actor Nicolas Cage? Is this a good place for a Nicolas Cage segue?

Speaking of Nicholas Cage, there’s every possibility that one day St. Louis Cemetery #1 will be haunted by the man himself; on the uptown side of the cemetery stands a 9-foot-tall white pyramid rumored to have been purchased by the actor for his role in the afterlife, inscribed with the Latin phrase “Omnia Ab Uno” (Everything From One.) The tomb even appeared in his movie “National Treasure.” Some whisper Cage purchased the tomb because he wants to be near the powerful Marie Laveau at his “after party” as a buffer against potential repercussions from his owning the LaLaurie Mansion. Others say Cage is immortal and must occasionally return to the tomb to regenerate. Need proof? In 2011, an original Civil War-era photo of a dead ringer for Nicolas Cage was listed on eBay for $1 million and claimed to prove Cage, like his acting career, is never-ending.

But on the off-chance Cage ISN’T immortal, one day you may be walking through the cemetery and hear a weightless voice of massive talent whisper: “We are here to ruin ourselves and to break our hearts and love the wrong people and die.”

Or maybe “I’ll be taking these Huggies and whatever cash ya got.”

After a vandalism incident in 2014, access to St. Louis Cemetery #1 is by official guided tour only. Tours take place seven days a week beginning at 9 a.m. with the last tour leaving at 3:45 p.m. Reservations can be made at https://cemeterytourneworleans.com/