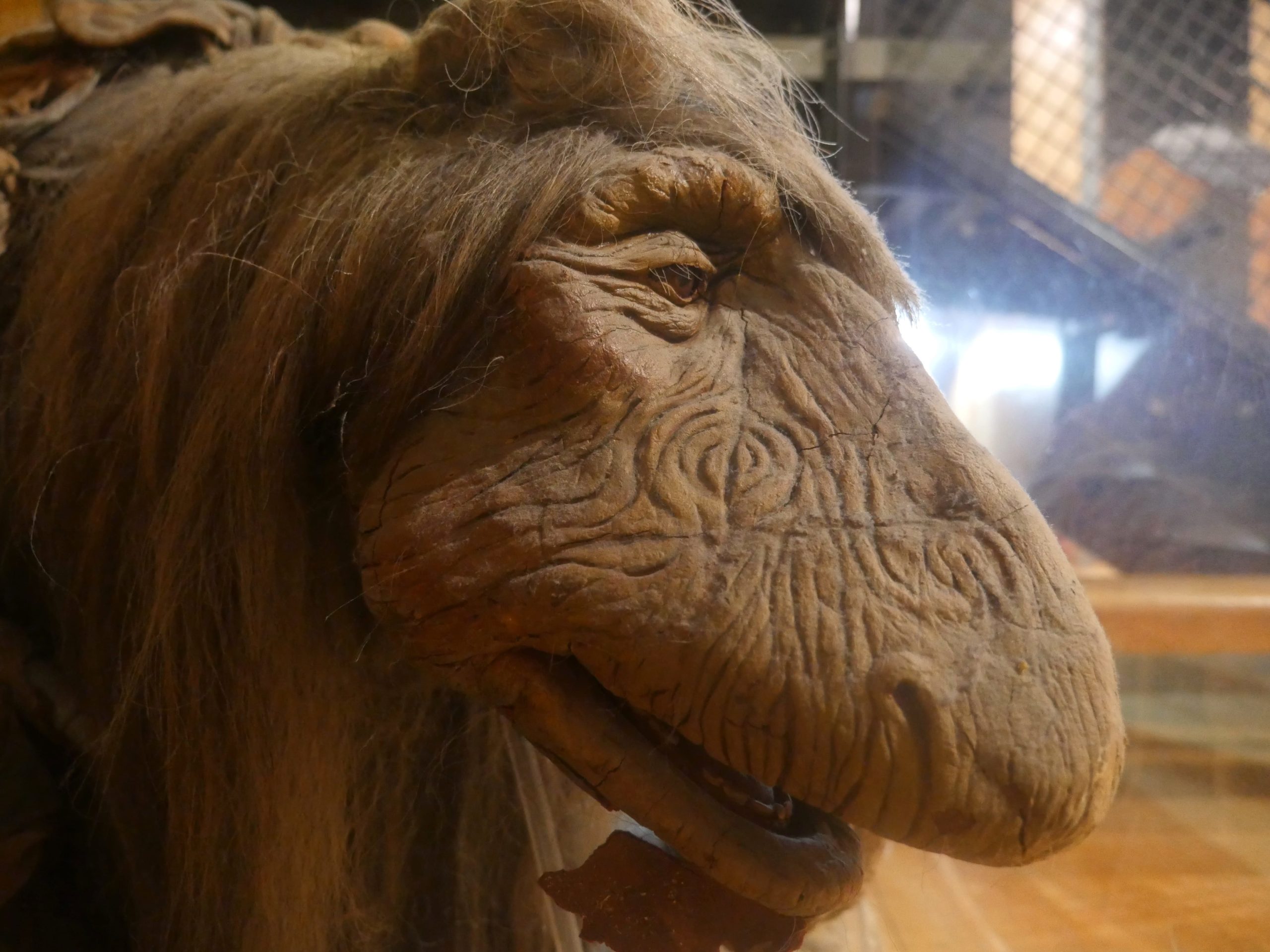 I’ve been a dedicated (bordering on obsessive) fan of Jim Henson’s films and TV shows for as long as I can remember. I’m proud to say that I’ve seen Kermit sing “Rainbow Connection” live, I’ve hugged Elmo and I’m also the owner of a signed photograph of Gonzo the Great. So you can imagine my delight when I learned that Netflix was creating a prequel puppet series based on “The Dark Crystal,” Henson’s epic puppet fantasy film from 1982 (also the year I was born, which may or may not be a coincidence). Now imagine my euphoria when I also learned that an original puppet from that film lives right here in Pittsburgh. In fact, you can see it any day of the week at the Children’s Museum of Pittsburgh.

So how did this puppet end up here, in the Steel City? I asked Bill Schlageter, director of marketing for the museum, and he wasn’t totally sure. The puppet was first displayed in the museum in 1985, in an exhibit called “Mystery, Magic & Mirth: A World of Puppets.” Acclaimed Pittsburgh puppeteer Margo Lovelace had collected puppets from all over the world and had accumulated others from the dozens of shows that she had produced at her little puppet theater on Ellsworth Avenue. Upon her retirement in the early eighties, she donated all of her puppets to the museum, and these served as the core of the exhibit. Fred Rogers and Jim Henson also contributed, lending a few of their puppets for long-term display. When the exhibit closed all the Henson puppets were returned, but for some reason, the puppet from “The Dark Crystal” stayed.

First, a quick primer on “The Dark Crystal” the 1982 film and the new Netflix series, both are packed with all kinds of inventive life forms including Gelflings (cute, elf-like creatures), Skeksis (evil, reptilian creatures) and Mystics (wrinkly, sloth-like wizards). The puppet at the Children’s Museum is a Mystic named urSol, and as soon as I heard about it, I headed over to pay my respects. urSol the Chanter is displayed in an exhibit called The Attic on the first floor of the museum, in a glass case beneath the staircase to the Gravity Room. The puppet, which was constructed from rubber, paper mache and other materials still looks very lifelike. An employee nearby the stairs says kids are sometimes freaked out when they run around the corner and come face to face with a distinguished Mystic. It’s truly a work of art though on closer inspection you can see it’s also covered with small rips and cracks from age.

How did urSol the Chanter end up in Pittsburgh?

I scoured old news articles for more information on why urSol the Chanter decided to settle in Pittsburgh, and even reached out to the Jim Henson Company, though doubted they would respond. A day later, they got in touch. Karen Falk is the archives director for the company and knows just about everything there is to know about Henson’s many creations.

She said that Henson always had a nice relationship with the Children’s Museum of Pittsburgh. “Jim made a point of donating items from his work to museums that collected puppets,” Karen explained in an email. She added that urSol the Mystic was donated by Jim after it was loaned to the museum for the 1985 exhibit. And the museum’s relationship with Henson didn’t end there. Falk added that “For a 1987 temporary exhibit ‘Puppets on Stage’, the museum also displayed a ‘Goblin Village’ from Labyrinth with many goblin puppets,” (if only that Goblin Village was still there!) and that “Jim was honored posthumously by the museum in 1995 with their Friend to Children award.”

Visiting urSol at the Children’s Museum of Pittsburgh

So if you want to see a remarkable part of Henson history you don’t need to travel to the world of Thra, or develop the ability to Dreamfast – you can visit one of the puppets right here in Pittsburgh. Head over to the Children’s Museum of Pittsburgh any day of the week from 10AM – 5PM.

You can lock eyes with the Mystic under the stairs and ponder Jim Henson’s generosity. And while you’re there you might as well check out the rest of their puppet collection too. Margo Lovelace’s delightful marionettes and hand puppets are on display right across from the Henson puppet in the Attic exhibit.

And up one floor, you’ll find X the Owl, Lady Elaine, Daniel Tiger and other residents of the Neighborhood of Make-Believe from “Mister Rogers’ Neighborhood.” And I know what you’re thinking now – wouldn’t it be amazing to see a Jim Henson/Mister Rogers cross-over. Then click this link to see Big Bird visit the land of Make-Believe.

Want to learn more about how Jim Henson’s work ended up at the Children’s Museum? Listen to episode 08 of our podcast.

Watch “The Dark Crystal” at Home

You can stream or download “The Dark Crystal” in your living room. A list of all of the horror movies filmed in Pittsburgh since George Romero’s “Night of the Living Dead.”

A sandwich with Sebak

“…everything is delicious when you’re hanging out with Rick Sebak” – A fish sandwich from Emil’s, a cookie from Nancy B’s and a side of Pittsburgh history