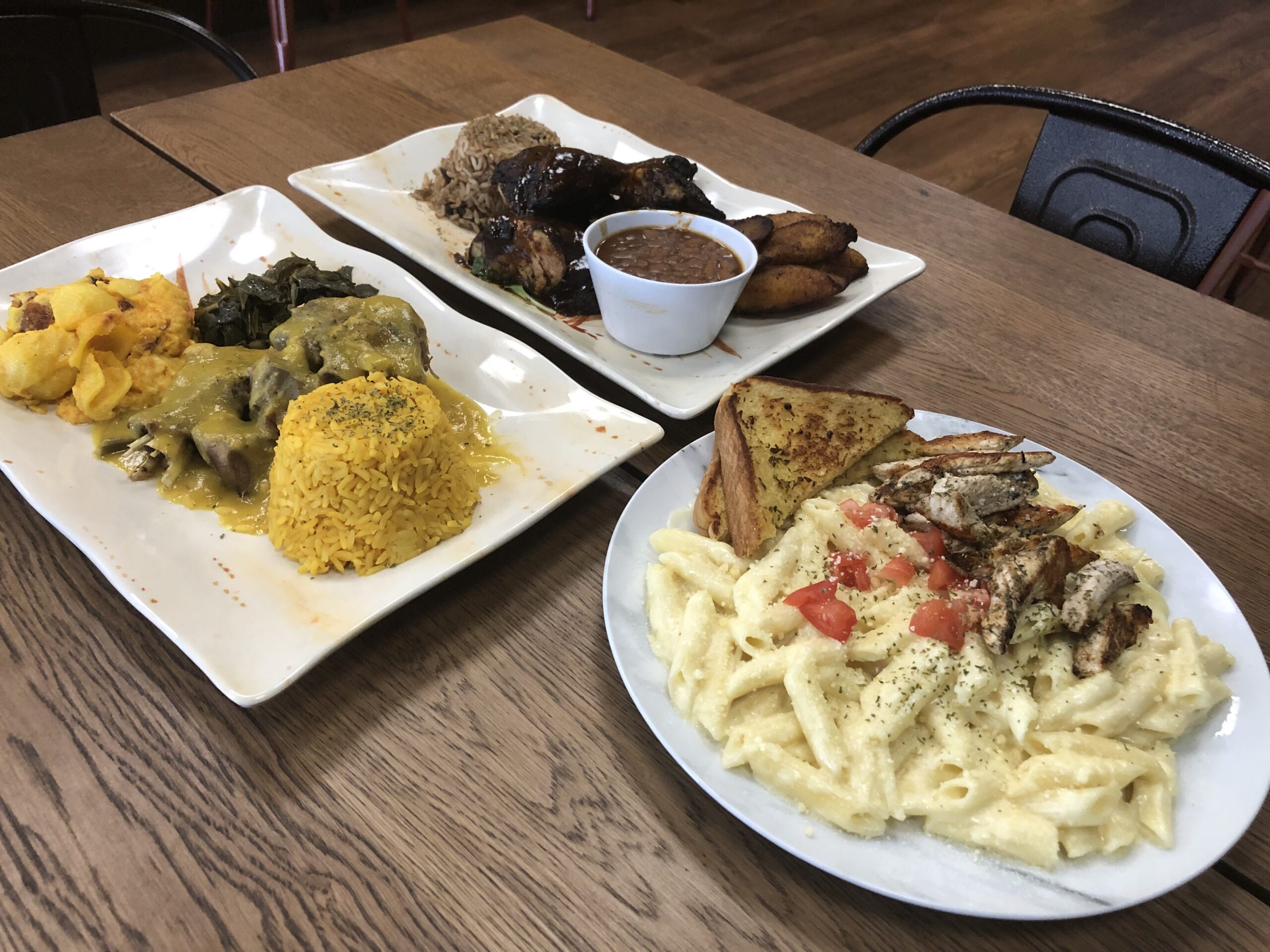 Owner Joshua Johnson’s restaurant not only serves Caribbean classics, but is a beacon for the local community.

When you think of the South, what comes to mind? Long hot summers, a big cool glass of lemonade or iced tea, down-home Southern cooking complete with scents of fried chicken, collard greens, and macaroni and cheese. This is a familiar memory for so many people in states like South Carolina, Georgia, and Mississippi. Then, there’s Florida.

Yeah, we’ve heard the jokes before. Florida is not a part of the South. The culture is diverse, there are so many people here from various parts of the Caribbean, and when you get to Orlando, in some areas one may feel like they’re in Puerto Rico. Let’s not even talk about the tourist component. Orlando is riddled with chain eateries, and when it comes to down-home southern cooking, you may have to look far and wide to find delicious comfort food in Orlando, that is, until now.

From Florida to New York, to Caribbean Food

Seana’s Caribbean Soul Food is a restaurant in Orlando with some Caribbean flair that’s owned by Joshua Johnson, who’s originally from Apopka, Florida. He grew up eating fast food, but when he moved to New York City to pursue a modeling career, he was exposed to restaurants that made fresh, cooked-to-order food. After 10 years in the “Big Apple” Joshua moved back to Orlando and noticed that there weren’t any restaurants that gave the feel and the home-cooked fresh-to-order cooking he grew accustomed to in New York, so he decided to do something about it.

Johnson’s brother had a ton of experience as a cook, so he asked him to be head chef. His mother loved people and could get along with anyone, so he snagged her to work the front of house. Johnson isn’t the best cook, so he decided to handle the business, and boom, Seana’s Caribbean Soul Food was born.

So where does the Caribbean flair come into to play? Well, before he elicited the help of his brother, Johnson had a chef that specialized in Caribbean cuisine. They eventually parted ways, and even though she left, his brother replicate some of the more popular items like jerk chicken and curry chicken.

Fast forward to today and Seana’s is a hit. They have the brick-and-mortar building located in the West Colonial area in a shopping plaza at the corner of Colonial and Good Homes Road. For the past month they’ve had a ghost kitchen in the West Downtown area on Dollins Avenue. In October, they’ll begin partnering with Amazon to service their local fulfillment center. Johnson also plans to open other locations and he plans to franchise the restaurant all over the city. He says his goals are “to give an opportunity to more African Americans to partner with Seana’s and have their own soul food restaurants in Orlando.”

In addition to creating opportunities for other African Americans to own and operate their own restaurants, Johnson also hopes to be a beacon in the community. Every Thursday, he and his team packs up food to feed the local homeless community. It’s such a regular thing, that the homeless communities welcome him and his crew and look forward to having a good meal every week. He also has silently funded several backpack drives, school plays, and other community initiatives.

Johnson says his main motivation for opening Seana’s is to provide a place that had intimate seating, a sense of community, and most importantly food that was cooked fresh to order. The restaurant won the 2021 Orlando Sentinel Best Soul Food Foodie Awards and a number of local critics’ choice awards. So, if you, like Johnson, are tired of the fast food chains and want to taste something that will remind you of spending summer’s a grandma’s house, Seana’s Caribbean Soul Food with their popular turkey legs, smothered pork chops, and liquid gold mac and cheese, oxtails and jerk pasta, maybe the place for you!

Want to watch more about Seana’s Caribbean Soul Food? Check out his segment on our original show, “Restaurants on the Radar.”

From the secret spots you may not yet know about to venues serving drool-worthy works of art you can actually eat, Restaurants on the Radar covers it all. Travel around town with our host Brendan O’Connor as he shares his favorite places for local dishes and noteworthy noms. Danie B is writer, radio/podcast host, and social media strategist who is originally from Atlanta, GA. She has B.S in Multimedia Communication from Georgia Southern University, and her radio career has taken her from the newsroom of iHeartMedia Atlanta where she started her career as a traffic reporter and producer, to a personality on stations in Albany, NY; Poughkeepsie, NY; Rutland, VT; Boston, MA; Tampa, FL, and most recently morning show host and assistant program director on what was POWER 95.3 in Orlando, FL.

On this episode of “Restaurants on the Radar,” host Brendan O’Connor takes you on a full-flavored tour of noteworthy restaurants in Orlando.

Authentic flavors greet you at Mee Thai restaurant in Orlando

Mee Thai is an authentic Thai restaurant located in the heart of Central Florida, serving fan favorites like Pad Thai and Fresh Rolls.