“A lover of good food. Someone who takes pleasure in eating and drinking.”

Dave Forman — also known by his food blog, David the Gastronome — is the host of the new Very Local show, “Plate It, Pittsburgh.”

The show, much like Forman’s food blog, is a love letter to Pittsburgh.

For those unfamiliar with the City of Bridges, it might seem like a rundown steel city with nothing much to offer visitors — especially by way of food. But there’s a lot more to the food scene than just pierogies and sandwiches topped with French fries (though who can resist Primanti’s famous sandwich piled high with grilled meat, fries, coleslaw, cheese, and tomatoes?).

In fact, the food scene is booming — teeming with up-and-coming chefs alongside established chefs that have been heating up the food scene for decades. It’s also a food scene that is evolving, much like the city. Just as steel mills gave way to technology, health care, and finance, where you used to see chains like Applebee’s, now you see ethnic joints — small restaurants with chefs putting a spin on the foods they grew up eating.

That’s why, despite the fact that Forman has been to Michelin-starred restaurants across the globe — from Tokyo and Paris  to Brussels and Amsterdam — he still prefers a meal in his hometown.

Forman was born and raised in Pittsburgh and food was always a big part of his life. While many children would come home from school and watch cartoons or veg out on the weekends with the latest kids’ show, Forman watched cooking shows and game shows. Before shows like “Iron Chef” and “Chopped” popped up on the Food Network, Forman was watching cooking shows, “Supermarket Sweep,” and “Shop ‘til You Drop.”

Despite his love for Pittsburgh, he decided to venture off to Cleveland to attend college. For a while, he wanted to do marine biology because he was good at math and science. He quickly learned that wasn’t right for him and ended up graduating with degrees in psychology and cinema studies.

And then he went back home to Pittsburgh. Because not only is Pittsburgh a great food city — full of equally great people and opportunities — it’s the perfect gateway to other cities and countries. And travel he has.

In his years of eating across the world, he’s found that what makes a restaurant stand out isn’t just the chef behind the scenes (though that obviously has a lot to do with it). It’s about seeing the gorgeous Pittsburgh skyline as you dine, or hearing the smack of noodles as they’re made fresh in front of you. It’s about one bite transporting you to another time, another place.

“There’s only a certain number of scientific combinations you can make,” he said. “There is a finite number of dishes. But it’s all about the experience. It’s about where you are, who you’re with, who’s cooking it for you, who’s working that night…The more unique the experience the more it resonates with me.”

His nine-to-five might be in finance, but food is his true passion. When given the chance to host “Plate It, Pittsburgh,” he jumped on the opportunity.

In each episode, viewers get to watch two local chefs go head-to-head as they race against the clock to create a unique three-course meal. The ingredients are sourced from a different local neighborhood marketplace each week. The prize money is donated to a local charity of the chef’s choosing.

When asked if he’s a chef himself, Forman just laughs. Baking he can do, but he leaves the cooking to the professionals.

So for now, he’s more than happy to indulge in the fine cuisine the city has to offer him — whether that’s a slice of meatball pie at Mineo’s or indulging in a fancy meal at Altius on Mount Washington. Plate It, Pittsburgh! – Between The Bread

In this episode, Chef Claudy Pierre, founder of Eminent Hospitality Solutions goes head-to-head against the executive chef at Wigle Whiskey, Alex Brown to see who can create a very Pittsburgh sandwich. Plate It, Pittsburgh! Breakfast for Dinner

Chef Nissa’a Stallworth and Chef Joey Hilty test their limits as they work to put a dinner twist on the most important meal of the day. In this episode of Plate It Pittsburgh!, watch Neil Blazin of Driftwood Oven challenge Carleen King of Carmi Soul Food in this battle In this episode of Plate It Pittsburgh!, watch Angel Magwood of Back To The Foodture challenge Zack Shell of Baby Loves Tacos in this battle for the school lunch/cafeteria-inspired dishes Ed and Day’s Guide to Carnegie 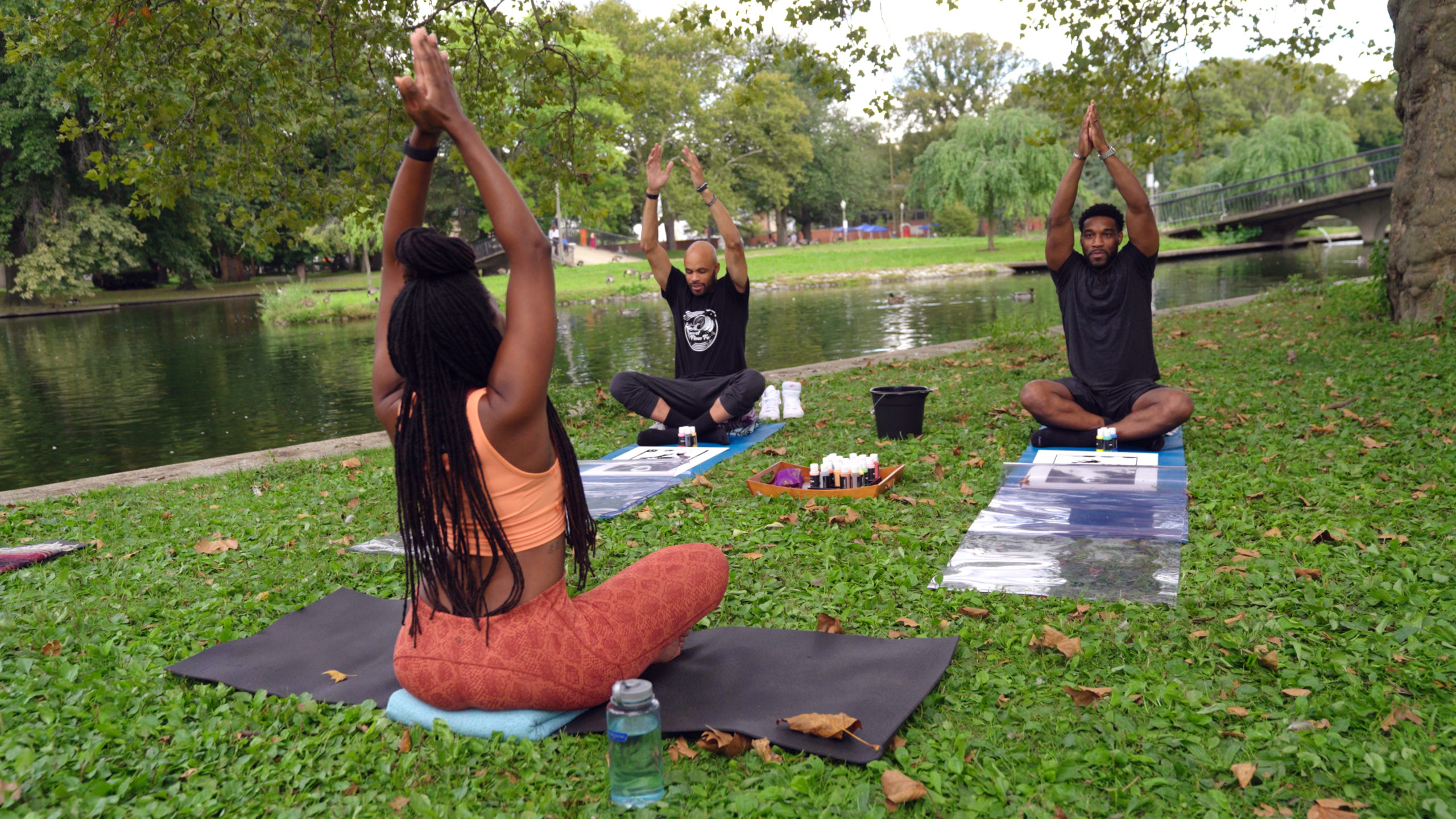 What’s On The Menu: Global Flavors

his episode features four chefs with roots across the globe share mouth-watering specialties you won’t find anywhere else. From Wakanda braised beef to lamb Kibbeh and Chicken Tikka Masala, find some of Pittsburgh’s best international eats! What’s on the Menu: Vegan Restaurants in Pittsburgh

Eating vegan is good for animals, the environment, and your health. Can it also be good for your taste buds? In this episode, we take a behind the scenes look at some of Pittsburgh’s most popular vegan restaurants.